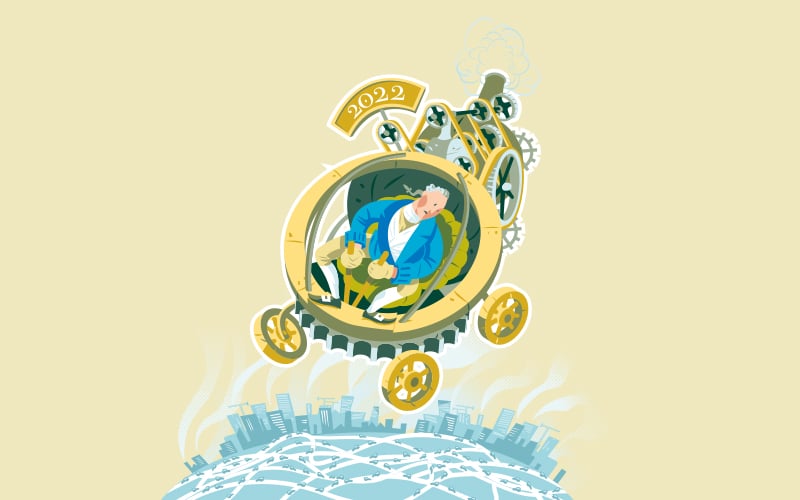 If someone from the 18th century time travelled to the present day, they would think of it as nothing short of a science fiction film. We have changed the landscape through the massive growth of human civilisation and the Industrial Revolution – but this has come at a huge cost to the environment.

Research from the Intergovernmental Panel on Climate Change states that greenhouse gas emissions have led to a 1.1°C increase in the global average temperature since the 1850s. This is expected to exceed 1.5°C in the next 20 years and 3°C by the end of this century, implying that the statistical distribution of temperature now has a higher mean and fatter tail.

In 2015, 196 countries signed the Paris Agreement, which aims to limit global warming to less than 2°C above pre-industrial temperatures. To do this, emissions need to be reduced to half of their current levels by 2030, and to net zero by 2050.

These risks must be considered during decision-making in the corporate sector, public sector and governments. This means accepting and recognising climate change as a source of risk, and planning for a wide range of futures. The risks should be considered when allocating capital, designing products and forecasting trends in the corporate sector; when urban planning and policymaking in government; and when making investment decisions in financial institutions.

In the past, the focus has been on how climate change can affect asset classes in the long term, and how responsible investing can impact the investment market. In recent years, however, emerging regulations and recommendations have paved the way for actuaries to play a significant role in this area. This could be in the form of modelling scenarios and shocks to quantify climate change impacts, which can help when making investment decisions or actuarial valuations. Stress testing can be used to assess impacts under a range of potential pathways. Where there is a lack of sufficient data or confidence for quantitative approaches, qualitative scenarios may be used to explore different possibilities, which can be included in the enterprise risk management framework.

The Financial Stability Board’s Task Force on Climate-Related Financial Disclosures has provided recommendations on climate-related financial disclosures that can be included in mainstream reporting for organisations. In April 2019, the Prudential Regulation Authority published Supervisory Statement SS3/19, Enhancing banks’ and insurers’ approaches to managing the financial risks from climate change, stating that banks and insurers are expected to act on climate-related financial risks and take appropriate mitigating actions. It followed this in 2020 with a ‘Dear CEO’ letter to firms, which provided observations on good practice and set out next steps for implementation.

Several other national regulators have followed suit and are planning to introduce climate stress tests and vulnerability assessments for the financial sector. Three scenarios are typically considered in such assessments – ‘Business as usual’, where no further action is taken; ‘Orderly transition’, per the Paris Agreement; and ‘Disorderly transition’, where action is delayed.

This is not free from challenges given the long-term uncertainties involved, such as estimating the time horizons for when asset prices will reflect these risks, understanding and performing sensibility checks on model outputs, obtaining data for assumptions for different scenarios, and considering the long tail nature of risk in the short term.

The economy needs systemic change, and the finance sector has a critical role to play in shifting and mobilising capital towards sustainability. Though we are on the right path, we must go further and faster by increasing co-ordination between environmentalists, scientists and finance.

This article appeared in our March 2022 issue of The Actuary.
Click here to view this issue
Filed in
Students
Topics
Professional
Careers