Ciara Izuchukwu examines the potential impact of a new tax reform on offshore (re)insurers, and the other benefits and challenges they face 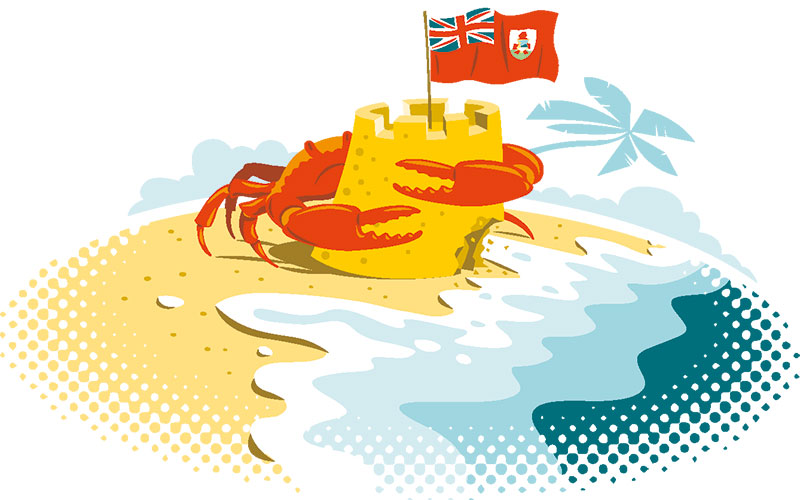 Offshore insurance companies operate outside the UK and are a legal way for companies to manage international business. They are commonly located in the Cayman Islands, the Republic of Ireland, Malta, Switzerland and Bermuda, the last of which has a reputation as the world’s ‘risk capital’ due to the high number of captive insurers and reinsurance companies there.

Traditionally, the motivation for setting up an insurance company in one of these locations was their low-tax environment, which made them good places to be domiciled in and good places to cede some of the tail risk events – freeing up capital that a company could better use elsewhere. The early-to-mid 2010s saw a surge in the number of insurance intermediaries and insurance companies being set up in these locations.

Recent events, however, threaten these motivations. In late 2021, the OECD announced that 136 countries and jurisdictions had agreed to join an accord imposing a two-pillar global tax reform plan. Pillar Two of this plan established a 15% global minimum tax rate, meaning the advantageous tax status these offshore locations enjoy for the (re)insurance industry will be reduced at the margin.

Previously, each country set its own corporate tax rate, which any company domiciled within it would have to pay. However, with budgets strained after the COVID-19 pandemic, governments want to discourage multinationals from shifting their profits and tax revenues to low-tax countries. The change may dramatically reduce the attractiveness of these low-to-no-tax jurisdictions. The OECD estimates that the minimum tax will generate US$150bn in additional global tax revenues annually, and companies may start to repatriate capital back to the UK and the US, where most of their sales take place.

How certain is this to happen in the insurance industry on a mass scale? These offshore locations are established business centres with well-regulated insurance industries. Bermuda, for example, is the domicile of many of the world’s leading insurance and reinsurance companies, and has an enhanced regulatory framework for commercial insurers and reinsurers. Many offshore locations have Solvency II equivalence, and the Republic of Ireland and Malta also have the benefit of being in the EU.

In addition, these places have become hubs for innovation, allowing companies to test out new business models and products. Generally, there are two types of innovators: traditional reinsurance companies with new insurtech projects, and new insurtech companies that need to pilot, test and launch their innovations before taking them to market. With local governments and regulators encouraging and supporting innovation, this continually forward-thinking, paradigm-changing work enhances offshore locations’ standings as innovative, globally connected business communities.

Some of these locations have access to a highly skilled workforce that allows insurers to get value from them, as well as tax benefits. The Republic of Ireland, for example, has the most actuaries per capita of any country. It is harder to find such skills locally in more remote locations, so companies face costs in getting people out to them. In addition, high living costs in such locations may be a deterrent for some insurers.

Climate risk is also threatening offshore locations, as the most common risks in many of these territories are remote risks such as natural and manmade catastrophes. Mounting awareness of global warming’s impact is showing insurers that their risk exposures are far greater than they thought. The increasing frequency of natural catastrophes in the past 30 years has seen the industry establish a new model, with reinsurers playing a greater role in taking on the growing risks. A wave of new companies were incorporated in offshore locations, such as Bermuda, from which capital could be most efficiently and rapidly deployed.

The drive to find new ways of managing increased climate risk in offshore locations, and these locations’ expertise on such matters, make them key players in helping (re)insurers manage the increased risks to which they are exposed. The global tax reform was designed more for tackling large software firms than insurers, so it is hard to predict how the tax reform will play out. As an Irish student actuary currently seconded in Bermuda, I look forward to seeing how these locations will navigate the difficult paths ahead.

Ciara Izuchukwu is a student editor

This article appeared in our January/February 2022 issue of The Actuary.
Click here to view this issue
Filed in
Students
Topics
Professional
Careers