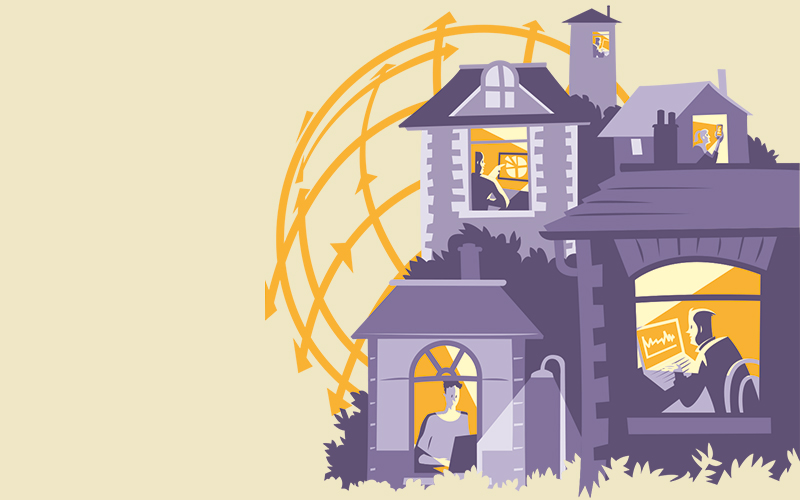 Lockdown has not only changed the way we work and socialise, but has also had a significant impact on millennials’ spending habits. Money and time that would have been spent on nights out, holidays and commuting is now being saved. Combine that with trading apps that offer low trading fees, such as Degiro, Freetrade and Robinhood, and the stage is set for an influx of new traders who want to see what returns they can get from their lockdown savings.

These apps do not just offer trading in equity markets, but also in crypto markets. The increased popularity and ease with which one can buy and sell cryptocurrencies has increased the volume of trade, and earlier this year Bitcoin reached an all-time high of US$50,000.

Social media platforms have played a crucial part in raising trading volumes. During lockdown, there was an increase in the amount and virality of so-called ‘trading influencers’, who use platforms such as Twitter, Instagram and TikTok to share trading tips with millions of followers. However, the influence of any single trading influencer is overshadowed by Tesla and SpaceX founder Elon Musk, who has engaged with cryptocurrency and stock market trading through Twitter. In February, a single tweet from the tech billionaire caused the value of Dogecoin, a cryptocurrency inspired by a meme of a Shiba Inu dog, to surge by more than 50%.

The first quarter of 2021 saw one of the wildest and most sudden periods of stock market mania. Amateur retail investors banded together to drive up dozens of obscure stocks by hundreds and even thousands of percent. These ‘meme stocks’ rose due to conversations held online, rather than any increase in the underlying company’s fundamental value. Under the slogan ‘stocks only go up’, a group of people on the Reddit forum Wall Street Bets campaigned to rally these stocks, retaliating against hedge funds that were betting on companies’ failures. The poster child of this campaign was GameStop, whose share price jumped from US$17.25 at the end of 2020 to US$347.51 in January 2021.

The GameStop stock bubble is not the first of its kind: the early 2000s also saw several stock market bubbles, including the housing bubble that contributed to the 2008 economic crisis, and the ‘dotcom’ bubble that resulted in many overvalued tech stocks crashing. Social media has forced the financial and legal world to evolve, too: the GameStop incident has resulted in a push for changes in the handling of stocks.

As restrictions loosen, it is hard to say if this trend will drop off as people return to normal life and socialising. On the other hand, as our reliance on social media increases, more volatility in specific stocks, prompted by social media, could become part of the ‘new normal’.

It is now easier than ever to participate in the stock market. Actuaries, who may naturally be more risk averse, may feel as if we cannot be corrupted by the hype surrounding certain stocks online. Nonetheless, it’s important to ensure that proper due diligence is done before making any investment decision – even if it is just for fun!

This article appeared in our July 2021 issue of The Actuary.
Click here to view this issue
Filed in
Students