All on red: skills and pitfalls in investing and gambling 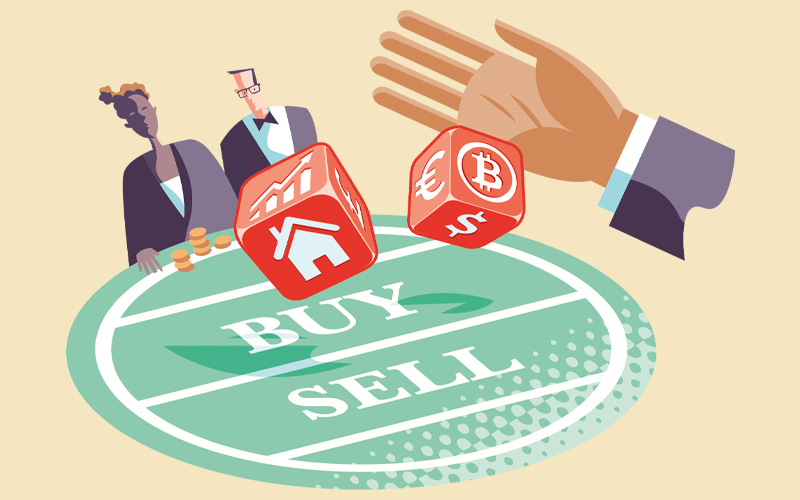 It’s now easier than ever to board the investor train. Widespread internet connectivity and smartphone technology have removed barriers, while a multitude of apps allow investment choices to be made at the push of a button – anywhere, any time.

Online gambling is also bigger than ever – with the same technology providing seamless, easy access. But how comparable are investing and gambling? It could be argued that investing in random stocks without understanding the decisions you are making is no different to gambling. The difference is that a random approach to gambling has a negative expected return in the long term due to house advantage, whereas passive investment has a positive expected nominal return. Yet this simplistic view disregards the fact that elements of both gambling and investing can be influenced by skill.

Skill in investing is widely acknowledged, but the same cannot always be said for skill in gambling. Roulette represents a truly random gamble, but other casino games such as blackjack or Texas hold’em can be mastered via a thorough understanding of the game, plus card counting or bluffing, respectively. Most gamblers opt not to try to beat the house in this way, opting to use their instincts instead.

A number of investors have routinely outperformed the market over long periods – including Warren Buffett, one of the world’s richest people. And while it is common for large-scale investors to diversify their portfolios to protect against specific risk, Buffett denounced this approach, asserting that “it makes very little sense for those who know what they’re doing”. The well-publicised rise in the value of Bitcoin over a short timeframe has led to a surge in ‘amateur’ investing. Many other cryptocurrencies have emerged, and investors have flocked to them in the hope that they will emulate Bitcoin’s success. The enormous growth in this part of the market is arguably down to this hopefulness, but the backing of large-scale firms has also played a part in legitimising the market.

Even so, the idea that anybody can be an ‘amateur’ investor these days is complicated. The collective effort by users of the Reddit board r/wallstreetbets to attack the profits of hedge funds through Gamestop shares demonstrated this: while many investors saw the company as being in decline, the share price increased twentyfold in a few short weeks, and the institutional investors shorting the stock lost billions.

“Notices to ‘gamble responsibly’ are included in advertisements; ‘invest responsibly’ notices are far from common”

It was a risky move to pick a fight with Wall Street’s big hitters, but it paid off for those who got in on the game early. The success will only inspire new investors to forge their own ‘David versus Goliath’ stories – but many similar tales begin in the same way and fail to capture success. And failing to capture success can mean failure to hit the headlines.

Unlike investing, gambling is heavily stigmatised – perhaps because of the prevalence of gambling addiction. While gambling firms are allowed to market their services during, for example, football games, notices to ‘gamble responsibly’ are included in advertisements throughout the UK. ‘Invest responsibly’ notices, on the other hand, are far from common. Could investing addiction be acknowledged and treated the same way as gambling addiction in future?

This will be my final article as student editor of The Actuary. It’s been a pleasure to work with the editorial team and the publishers, and I will always regard this as an invaluable learning experience that has been hugely important to my career and personal development. But it is now time to pass the torch, and I am certain that the new student editor team will routinely produce quality content.

This article appeared in our June 2021 issue of The Actuary.
Click here to view this issue
Filed in:
Students
Topics:
Professional
Careers