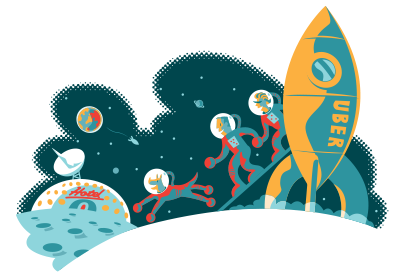 Space is often considered the 'final frontier' in humankind's exploration, and people have been trying to master it since the late 1940s. A handful of nations and private companies possess the technology for successful voyages into space, and they do not always get it right. With more and more private companies looking to commercialise space, the question is: "What if something goes wrong?"

In 1965, the Intelsat-1 was launched into space by the Space and Communications Group of Hughes Aircraft Company for COMSAT. It was covered by the world's first satellite insurance policy, written by Lloyd's of London, to cover physical damages on pre-launch.

Space insurance comes with its own set of challenges. Rocket and satellite designs are usually only used once. The Space Shuttle team tried to solve this with a reusable launch system but, due to time and cost issues, accomplished only half its goal. Only SpaceX possesses operational reusable orbital-class launch systems, making it easier to price subsequent launches. In addition, events covered by space insurance are usually high-severity and high-frequency - making it harder to provide insurance at reasonable rates. The different legal environment of space also makes it difficult to pay out third-party liability claims.

In 1959, the UN created the Committee on the Peaceful Uses of Outer Space, which drafted five treaties to establish a legal regime. These treaties define countries with the ability to launch or procure the launching of an object into outer space, or countries from whose territory or facility an object is launched, as 'Launching States'.

With the Commercial Space Launch Act of 1984, the US was the first nation to adopt legislation dedicated to space activities conducted by private US enforcement entities. Other states quickly followed - the UK passed the Outer Space Act in 1986. Countries bear international responsibility for the space activities of their private entities, so it is crucial for them to authorise, control and monitor private space activities.

As multiple contractors participate in a launch service contract providing different parts and expertise, an important clause is the 'waiver of recourse' clause - mutually enforceable clauses barring contractors from turning against each other. This clause is supplemented by 'guarantee pacts', granted by the launching agency or company to all the contractors in the event of damage caused to third parties as a result of the launching operation.

In case of Own Damage insurance, there are three distinct risk phases - 'on the ground', 'during launch' and 'during life in orbit'. The risks covered in each phase will be different. On the ground, the satellites and even the launchers may be insured during assembly, integration, testing and transport. On the launching site, they may be against the risks of damage due to external causes. During launch, only the satellite itself is covered. 'Launch Risk Guarantees' offered by the launching agency to its client, which allow for a relaunch or financial compensation in instances of failure to launch, may also be covered by policies. During the orbiting phase, space objects can be covered from the end of the launch to the end of their contractual life. In the launch and operation phase, the satellites are insured for any total, partial or deemed total loss. In principle, these policies cover almost all risks. To not pay out a claim, insurers may invoke only specific exclusions indicated in the policy. It is therefore up to insurers to prove that an exclusion applies.

In case of Third Party Liability, the 1967 Outer Space Treaty and the 1972 Liability Convention, the liability is qualified as 'absolute' when the damage is caused on land or in airspace. Victims need not show fault of the launching state, but rather must just prove that the space object caused damage. On the other hand, liability is said to be 'for fault' when damage occurs in outer space. The launching agency and all contractors are covered by the space insurance policies. Pricing such policies is especially difficult, as one has to take into account the launch site used, the trajectory, backup and security procedures, launch history, launch agency experience, satellite technical details, orbital positioning, planned movements, and so on.