Its vital that actuaries are alert to political risk, says George Burton especially during volatile periods 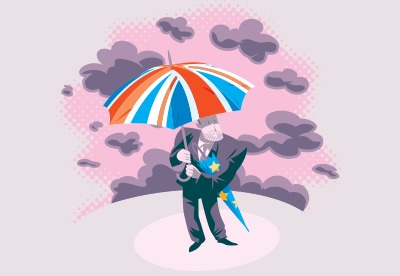 I am the not-so-proud owner of 'Brexit insurance'. If I'd mentioned this five years ago, you'd have been forgiven for responding blankly. Given the pace and tumult of the financial markets, I encourage you to consider the impact of politics on the economy. Power imbalances have often been at the centre of seismic market movements - but usually we have models to 'predict' these. The same is not generally true for political risk.

Gaining an insight into why political risk may have been undervalued in the market requires an appreciation of its scale and scope. Political risk is multifaceted and typically characterises events for which we have no experience. Government intervention can lead to expropriation of property, nationalisation of industries, regulation change and sovereign debt defaults. National secret services can cause civil unrest, insurrection, war and terrorism. Think about challenges faced by businesses planning for Brexit, importer-exporters caught in US-China trade wars, workers impacted by anti-government demonstrators in Hong Kong or staff onboard the British oil tanker recently seized by Iran.

Decoding my 'Brexit insurance' reveals a classic insurable event - a desire to ensure I receive the same level of healthcare cover as is currently provided by my European Health Insurance Card (EHIC), deal or no deal. My EHIC may not be valid if there's a no-deal Brexit; my rights would depend on arrangements with individual countries and could result in me having to pay for treatment in full. It's worth remembering that these current rights are only possible due to the international cooperation of member states in the first place.

Political risk cannot simply be 'insured away'. A number of Cathay Airlines staff were 'fired by the long arm of China' for involvement in the Hong Kong protests, and both HSBC and Standard Chartered were forced to break their silence on the protests and ask for a peaceful resolution; when pressed for further comment, HSBC stated: "We are not changing our apolitical stance."

Taking a stance doesn't make it any easier, as HSBC's former CEO John Flint found out when he fell into hot water for his role in the US's attempts to have the CFO of Huawei extradited. The Chinese telecoms giant had been accused of bank fraud and breaching sanctions against Iran, which led HSBC to openly admit it had provided information relating to the matter to the US Department of Justice.

Arguably, these examples themselves are less concerning than the tit-for-tat one-upmanship that predicates apprehension in financial markets. Amid the increasing financialisaton and interconnectedness of economies, firms previously considered spectators are no longer immune. The social media age is providing greater scrutiny of firms' affiliations, and consumers are demanding companies adopt positions on a wide range of issues, from modern slavery to climate change. Positive public relations are not enough when debate is framed largely by appeals to emotion that are disconnected from policy detail. Navigating these precarious situations requires a level of geopolitical tact that many state diplomatic services can only dream of. Firms must actively embody a set of values in their environmental and social governance that balances all stakeholders - consumers and states, local and global.

I, too, laughed at the thought of buying a Brexit policy rider. And although the cost was insignificant, the fact that these 'never occurred before' events are being priced, and that I handed over £4, is significant. To remain relevant, the insurance community must appreciate the serious political threats that businesses plan for. Only a short while ago, the concept of the marketing actuary was in vogue. This role of converting societal needs into profitable opportunities will undoubtably see a renaissance, albeit perhaps under a different guise. With the world order increasingly defined by political rather than economic cycles, there is an opportunity here for insurers that can not only manage long-term risk, but also meet short-term pressing needs.

This article appeared in our December 2019 issue of The Actuary.
Click here to view this issue
Filed in
Students
Also filed in
General Features