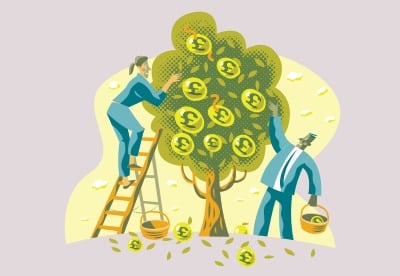 A lot can happen in five years.

In 2015, people were handed greater control over their defined contribution pensions. Rather than purchase an annuity, many have opted to explore a wider range of products that better suit their circumstances. The market has reacted, and a variety of pension vehicles are now promoted to current and soon-to-be retirees.

These changes do not exist in a vacuum. The preceding defined benefit (DB) pension model has responded accordingly. Flexible retirement options are earning the attention of both sponsoring employers and pension scheme trustees; income drawdown, cash and bridging pensions are being recognised as viable alternatives to the standard annuity.

Pension increase exchange can provide new retirees with higher initial pensions - at the cost of removing future protection against inflation - and has been a popular option for many.

In recent years, more and more members have been transferring out of their DB pension schemes in order to make the most of 'freedom and choice'. Members have more options than ever before when it comes to how they can use their pension.

However, pensions are complicated. For most, a pension should rank alongside a house as their most valuable financial asset - and any future decisions require great care and expertise.

Ultimately, taking control of your pension involves reclaiming the risk. You need to choose how to use the money. You need to select how to invest it. You need to decide how and when to take it.

You might make the right choice and select a pensions vehicle that provides you with greater value than if you had stayed put. Alternatively, a poor investment choice or inept financial planning could mean pensioners who have lived longer than they expected run out of pension income altogether. Then what?

Remaining in a DB pension scheme keeps the onus on its sponsor to ensure benefits are provided to the member. Transferring out relieves the sponsor of this responsibility.

Many pension schemes and their appointed actuarial advisers have noted the trends and are taking action to provide members with pensions education, so that all decisions can be informed decisions.

Those who are unmarried or in worse-than-average health may be the most obvious candidates who would be drawn to the prospect of transferring out.

Offering a partial transfer option is also a rising trend - although bulk exercises can be hindered by the inherent benefit design and administration complexities and, as such, many members may not even be aware of the possibility.

Technology is playing a vital role in the information campaign. Many independent, unbiased online tools containing personalised figures have been designed for people to use when best suits them - allowing pension scheme members to consider the wide range of available retirement scenarios and the ramifications of any decision they make.

Some DB pension schemes are also providing paid-for, independent financial advice from qualified experts to their members, to ensure that they can be sure when it comes to making the decision to stay put or transfer out.

Many will be thinking: "Why would my employer pay for and provide all of this? Surely it isn't cheap?"

An intriguing question. Provision of this assistance is certainly not cheap - but neither are the provisions that are required to be made with respect to inflation and longevity risk. Nor are the ongoing running costs of a large DB pension scheme - provisions that can be repurposed when an individual elects to transfer.

While many would be better off by choosing to stay, some will end up in a more valuable position if they decide to transfer out. And these mechanisms can serve to inform where an individual lies on this overarching scale - a win-win situation.

This article appeared in our November 2019 issue of The Actuary.
Click here to view this issue
Filed in
Students