Student page: All in the mind 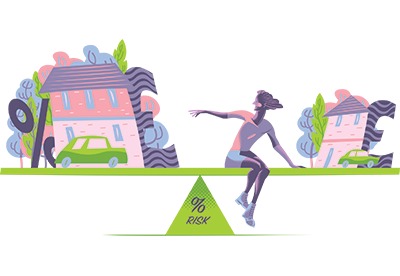 The actuarial exams touch on economic theory, raising several different schools of thought covering the many issues the subject tackles. A somewhat controversial area of research, introduced into the conversation relatively recently, is behavioural economics - the 'observed deviations' between the actions we'd expect from a rational person, and the actions we actually see them take.

One of the more generally accepted elements underpinning the behavioural framework is the concept of 'bounded rationality', which suggests that people seek to obtain an outcome that is only 'satisfactory' rather than 'optimum'. Not everyone has seven hours a day in which to consider every issue they are presented with, which is why actuaries are often appointed in advisory roles to facilitate solutions.

Actuaries may seek to simplify a situation by limiting the choices available to a relevant party, in order to limit the mental burden required to decide on a sensible course of action. A natural next step may be to give people a 'nudge' towards a particular choice. This seems innocent enough on the surface, but here the ethical question arises - have we 'framed' such choices in a way to ensure the best outcome for the individual, or for ourselves (be that a client, a consultancy or any other third party)? In either circumstance, can (or should) we be relied on to decide what is in someone else's best interests?

There are many examples to suggest that people undervalue the importance of their pension. A member of a defined benefit or defined contribution scheme often exhibits what is known as 'time inconsistency' - their decisions suggest the value they assign to money in the future is heavily discounted compared with money today. Additionally, they may delay retirement planning as their current focus is elsewhere. To some, this will mean after they have bought a house or started a family. As the member ages and these goals are achieved, however, pension consideration is pushed back once again as they reassess the value of time spent considering it - their choices are inconsistent over time. The government has already taken steps to address some of these issues - tax-free retirement saving encourages retirement planning, and auto-enrolment's opt-out process captures those who are less informed while still offering the choice to leave schemes for those that want to.

The insurance market is influenced by behaviour. 'Loss aversion' explores why people would rather prevent a loss than make a gain, even if the absolute values of the two are equal. While insurance plays a major role in offering financial security, it's hard to ignore that some people likely make use of the market to protect their prized possessions for sentimental reasons. The value someone assigns to their car, for example, may be over-inflated because of their personal attachment. Some people may be inclined to take out insurance even when, from a risk perspective, there isn't a strong argument in favour of doing so. Do we have a duty to ensure pricing does not take advantage of these individuals?

The actuarial profession straddles a number of industries, all of which are becoming more complex and intricate. We should ask ourselves - what responsibility do we have to the people affected by our work, who may not have our in-depth knowledge? Our role as advisors will evolve as the inexperienced increasingly rely on us to offer sound and reliable opinions; will behavioural economics come to fore of the discussion? If so, ethics are likely to play a vital role in ensuring we achieve fair and equitable outcomes for those we work for and alongside.

This article appeared in our August 2019 issue of The Actuary.
Click here to view this issue
Filed in:
Students