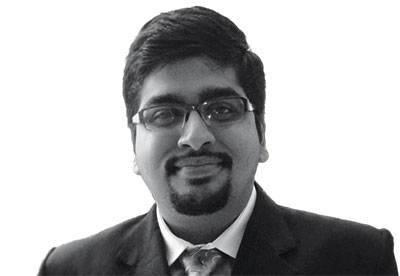 
We have all endured a traffic jam at some point. An exponential increase in urban populations, the easy availability of vehicles, a lack of investment in infrastructure, house prices that force people to live far from their workplaces, and many other factors have all contributed to a rise in congestion. Tech giants are attempting to come up with solutions that will save commuters time and money while reducing pollution levels.

The actuarial angle here is quite simple: insurance is a form of risk mitigation, and as risks change, insurance changes. In the future, actuaries will be required to price for insurance that covers new transport modes, such as self-driving cars or drones. One possibility that tech companies are working on is sky transport: sky space is rarely used and could absorb the congestion on the ground. Uber is pushing the idea of flying taxis, and drones can be used to transport just about anything. Individual drones can carry pizza right to our doorstep, while drone 'swarms' could deliver, for example, house components to be assembled on the spot. Dubai police have even unveiled drones that can carry an officer.

Another option, put forward by Elon Musk, is to go underground. The Boring Company, a subsidiary of his business SpaceX, has already started digging tunnels. Building even 30 layers of tunnels, as envisioned by Musk, would be no issue, given that the average thickness of the Earth's crust below the continents is 32km; the deepest tunnel dug by humans is the Soviet Kola Superdeep Borehole, which is 12km deep.

And then there is the third option: remaining on the ground. In 2013, Musk proposed the idea of hyperloop technology, a ground-based mode of transportation that could travel at 1,000km per hour, drastically reducing the time required to cover distance. Musk even envisions 'electric skates' carrying cars and passengers underground through tunnels or hyperloops, resurfacing at the destination. Companies such as Waymo and Tesla also plan to launch the self-driving car revolution; experts believe that self-driving cars will make fewer mistakes and be more orderly in their driving patterns, leading to a reduction in traffic congestion.

Given these technology options, it is worthwhile thinking about how these ideas would fit into the larger context, sitting alongside the sharing economy, the Internet of Things, machine learning and smart cities. Most likely, the tech convergence will mean multiple options of travel running parallel to each other at the same time.

Of course, all of this sounds like science-fiction right now, given that we are still struggling with human problems such as economic collapses, poverty, inequality, and natural and man-made disasters. This is why it would be useful to take heed of Amara's Law, which states that, due to the exponential nature of technological change, "we tend to overestimate the effect of a technology in the short run and underestimate the effect in the long run".

This article appeared in our December 2018 issue of The Actuary.
Click here to view this issue
Filed in
Students
Topics
Modelling/software