Guest editor, Joseph Mills, on the difficulties of describing an actuarys role, and making a good impression by not dumbing ourselves down 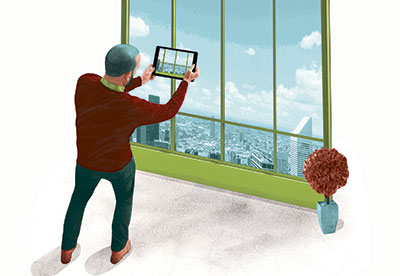 So replies a good friend at parties when asked what he does for a living. At this point, many begin to shake, resisting the urge to chuckle. The politically correct term for his profession, however, is plant technician.

This is a man who has spent years in university and in training, but downplays the work he does for the ease of explanation. A man who is a trusted engineer who travels solo across the country to broken construction machinery, worth far more than the average motor, to run diagnostics and make repairs in a timely manner.

What he faces is the same predicament as those in the actuarial profession.
And both deserve a lot more respect! When asked what we do for a living, I guarantee that many have been reduced to saying something along the lines of "I play with spreadsheets". To this we are sometimes met with the same reaction as my mate the digger fixer.

We consistently dumb ourselves down.
So what should we say? What do I actually do for a living? How do we turn the Rain Man perception into that of Top Gun's Maverick? Yeah, all right, that's not going to happen, but we can go some way to improve our perception, maybe with the help of a pair of aviators too.

In demand
Unsurprisingly, Tinder's release earlier this year on 'Most right-swiped jobs' had pilot topping the list followed by entrepreneur, firefighter and doctor. Just about all of the occupations with their own reality show.

For those of you unfamiliar, Tinder is a speed-dating app, whereby a profile pops up on your screen, and if you're attracted then you swipe right (otherwise you swipe left).

Yet, according to Radford University's study in 2010 on divorce rates by occupation in the US, actuaries were in the top 3% of the 500-something occupations least likely to have a divorce, half as likely as a firefighter. Have that, Tinder! Given that death benefits sometimes cease at the surviving spouse's remarriage, a bad joke might call remarriage the actuarial equivalent of death.

Elsewhere in the US, the actuary topped CareerCast's top jobs of 2015, with data scientist and
statistician taking first and second this year. In practice, the work of an actuary is not too dissimilar to that of a data scientist and statistician. Some 78.02% of all statistics are reportedly made up on the spot anyway. So I'll count that as actuaries coming up top again.

Work talk
So our popularity is increasing in the press, but it sure doesn't feel like that when talking work over a pint. Recently, I sat listening to one friend about an unruly customer he had to deal with returning a soiled item of underwear (yes, that did happen), and another doing high-speed manoeuvres in a fire truck on an unused airfield. Both of which gripped me and everyone else to want to know more... Grr!

But try this next time. If you're fortunate enough to work in or travel to a city office with a high floor, take a photo of the view and show your mates, and instantly the impression changes. You are now the centre of attention. In their eyes, you are the love child of Jordan Belfort and Christian Grey. Soak it up and finish off with a punchy one-liner: 'Actuaries are the backbone of financial security', for example. And if they don't feel giddy at this point, throw in how much dollar your latest models have spat out. I think anyone can get excited about that.

People aren't ever going to fully understand what we do, as the whole point of us is that we're experts in a pretty niche area and with highly specialised knowledge. Not getting a positive reaction from others about our work can bring us down. But it does us no good to downplay our profession just for ease of explanation, when a few minor tweaks will go far in bringing that morale right back to where it should be.

We can change our perception in the first five minutes of meeting someone new. There is no need to go into describing multivariate analysis to describe the work of an actuary less is, almost always, more.

Now, for the last time: actuaries do far more than play with spreadsheets!
This article appeared in our August 2016 issue of The Actuary.
Click here to view this issue
Filed in
Students