I predict a riot?

With a review of the actuarial exams under way, Jessica Elkin outlines the purpose of these changes, and calls for students to help shape the way 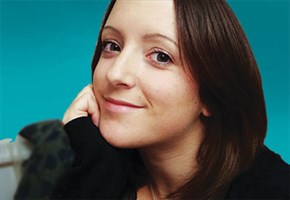 Ch-ch-ch-ch-changes! sang David Bowie, and no, I do not mean the actuary David Bowie (who really does exist). Honestly, it's difficult to know exactly what non-actuary David Bowie was going on about in that song - possibly celebrating change of some description. He'd never pass CA3 though. Unlike 'our' David Bowie, who is clearly a superior version.

The IFoA may have got their David Bowies confused, as they are also going through ch-ch-ch-ch-changes. Not musically, sadly.
It's just that they are tired of the boring old exam content and have instigated a makeover - and so begins a review of the actuarial examinations.

The exams need to be reviewed from time to time to ensure their continuing relevance to the world at large. It's not enough to banish Wilkie from CT8 in that sly piecemeal fashion - they are plotting to cause a riot in the arena of actuarial examination syllabus content.

I'll note here that it will be a long, drawn-out riot: over the next 10 years, that is. The head honchos are looking as far as 2025 and thinking about what skills actuaries will need by then. It's a tricky thing to predict the future - the makers of the film Negadon 2: The Monster From Mars will probably use this excuse when anyone draws attention to their failure to accurately capture the main concerns of the same year. Hopefully, the IFoA will be a little better at it.

Getting the chop
Fortunately, the IFoA is not looking to overhaul the structure of exams - for example, the names and titles of exams. They're keen not to upset the apple cart. It's a wise move, since no one would relish the thought of having to get to grips with an entirely new exam structure.

So what's on the cards, I hear you cry? Well, the 'powers that be' want the exam material to be cutting edge, so there'll be plenty of the older and lesser-examined topics that get the chop. However, the first step is working out what extra material might be needed.

The CTs will be key players in the exam review. Do we need an Excel-based exam here? Or an exam that includes some computing output? How about something on data analytics? There will also be some focus on CA1 (because it's supermassive) and CA3 (communication is hard to examine), as well as the question on whether there's a need for an ST on banking. There's far too much to think about for me to cover it all on this page, and probably many things they've yet to think of.

You'll be pleased to hear that work-based skills will also be reviewed, after a survey on the topic had an overwhelmingly negative response. They're thinking that it could do better what it set out to achieve, and are considering whether they can modernise it to bring it into line with continuing professional development (CPD). An example would be to put the whole thing online a minimal number of times per year. In a Utopian world, there would be far less bureaucracy.

The silver lining, or grey lining, depending on the sort of person you are, is that none of this is likely to directly affect us. But we have the chance to shape things for a future generation of students. Plus, you never know, you might still be sitting exams in 10 years - statistically some of you will be. Just think on that.

What now?
The wheels are already in motion, and focus groups have been held on some of these ideas. At some stage, a document on general considerations for the exam review will go out for wider consultation to the Student Consultative Forum (SCF), employers and universities. Note that I am a member of the SCF and am always open to feedback to pass on to the IFoA.

The document should apparently be ready for the next SCF, and there will be plenty of opportunity for comments; in fact, they're looking for plenty of criticism and suggestions, quite unlike most drivers. A real challenge for them will be reaching as many students for as much input as possible. The process will be an iterative one, with a good deal of refining and returning to the drawing board.

The IFoA also needs to talk to the Financial Reporting Council, ActEd and international associations concerning any changes. The review needs to be fair on an international level and not disadvantage anyone, including those who sat exams under the old system. There are a lot of moving parts here. I'm glad I'm not in charge of it.

Altogether, it's a tricky endeavour, and everyone's input is very much encouraged. After all, you don't want it to turn out like Back to the Future part II, do you? It's October 2015, and I'm still waiting on the hoverboard Zemeckis promised me.
Filed in:
2015