Actuary of the future: Sam Mawoyo 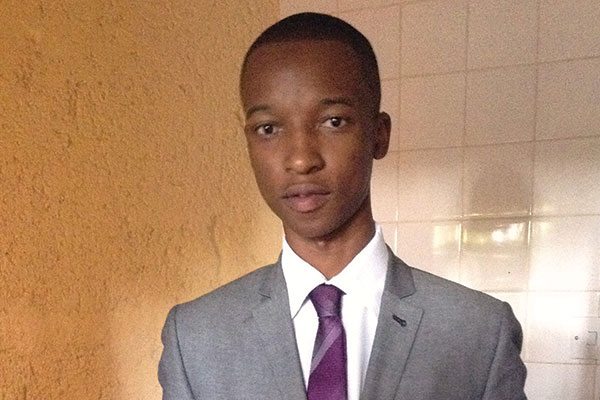 How would your best friend describe you? Something very lengthy with "driven ambitious control freak upside risk accommodating but not Mother Theresa great friend" in it, but I didn't want to finish my word count on this question.

What motivates you? Proving anyone who endorses or trusts me right.

What would be your personal motto? Keep facing forward; ex fide fiducia - from faith comes confidence; and esse quam videri - to be, rather than to seem (to be). It's circumstantial, but thanks go to my former Jesuit schools for drilling the Latin mottos into me.

Name five dream companions to be stuck on a desert island with? In no particular order: Warren Buffet, Strive Masiyiwa, Arsène Wenger, Damian Marley and Muhammad Ali in his heyday.

What's your most 'actuarial' habit? Responding to most questions by saying "it depends" then listing all assumptions for possible answers and still not give a final answer at the end of it.

I've struggled really hard to not do so in answering these questions.

If you could learn one random skill, what would you learn? Play the mbira (thumb piano).

Favourite Excel function? It depends. One of VLOOKUP and the many variants of the IF function.

How do you relax away from the office? Watching football, going to the golf range - especially after studying, acoustic music evenings, reading motivational literature and catching up with my girlfriend. It really does depend.

Alternative career choice? I was going to be an actuary or nothing, so I never gave any thought to the alternative.

Tell us something unusual about yourself I'm superstitious about Arsenal FC-related things and I genuinely feel my actions have an influence over the outcome of matches.

Greatest risk you have ever taken? Leaving university after the first year to study for the Fellowship with ActEd as my partner. It seems to be working so far.

If you could go back in history, who would you like to meet? Michael Jackson - His music was superb and I would ask him for a dance lesson or two.

What's your most treasured possession? A set of horns from a bull my maternal grandfather slaughtered.

What are the top three things you would like to achieve in your lifetime? Be a chief executive or a chairman of the board of a listed company. Become a Fellow of the IFoA. Have an influence on Arsenal FC player signings.

If you ruled the world, what would you change first? Do away with extreme poverty.

Do you know an actuary destined for greatness? You can nominate an Actuary of the Future by emailing [email protected]