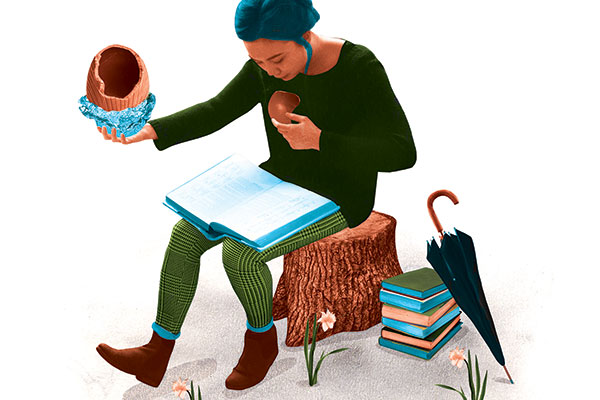 What's that ringing sound in the distance? That's right, it's the bells of doom tolling once again. For those who have been through several exam sittings, it's a bit like having tinnitus. For family, friends and partners it is the time when you become boring and moody.  For yours truly, there is the added difficulty of writing something that does not get everyone down about exams or culminate in PANIC! PANIC! PANIC! Or rehash old material (much).

Still, lest we forget, this is a significant time of year for other reasons as well. We are a quarter of the way through 2014; we are starting a new financial year; and spring has finally arrived with its rabbits, daffodils, chicks and Easter. The New Year might be the official time of resolutions, but spring is the time Mother Nature has officially designated for new beginnings and rebirths. This being the case, it's perhaps a good time to have an epiphany that New Year was only a warm-up and that your resolutions don't really start until now.

I confess to being somewhat ambitious with mine. Self-improvement was a common theme. I listed a bunch of them to a friend back in January and his reaction was to remark, "So you're going to become a completely different person". It was a fair point, but luckily this was not something anyone actually needed to worry about, because naturally I failed most with aplomb. This is a long-held tradition of mine and, I'm sure, of many others.

Interestingly, the most successful resolution I came up with - perhaps my most successful resolution ever - was also the most selfish and indulgent that I have ever tried. It seems obvious now that this is the secret to keeping resolutions: to make ones from which you directly and immediately benefit, and which do not require any kind of virtuous behaviour.  Self-denial and effort are heavy burdens to carry through the year.

The successful resolution to which I refer was a simple one: to give up guilt. By this I don't mean that I now remorselessly steal kids' lunch money or refuse to recycle or put horrible pictures of my friends on Facebook (well maybe the latter) but that the sort of self-bullying that usually accompanies eating too much/wasting time/spending money I don't have is now simply shrugged off. It's much easier than I thought. I just think, "Wait! No guilt," and any self-loathing disappears. No muss, no fuss.

It also makes studying that little bit less stressful. When you've been all too tempted to catch up with old friends (I wonder what Mike is doing, haven't seen him in 15 years. I'll just look at his Facebook profile) or read the news (It's really important what's happening in the world. Oh, and there's something about cats) or watch important educational documentaries (Beauty pageants! For children!), you can shrug off any unease and get on with your day.

Is looking back just sabotaging your revision?

You'd think it would make you more likely to waste time doing the above if you didn't feel remorse about it afterwards - but that's not what I've found. I realised that feeling guilty about things doesn't actually result in higher productivity or improved future behaviour. So I urge you to try the same tactic. Drop the guilt and instead focus on your next move. While you're dwelling on the past you're more likely to turn to comforting behaviour, and the vicious cycle continues.

This tactic will be particularly useful at Easter if you are a fan of chocolate, especially if coming out of Lent and rehabilitating yourself back into gluttonous society. Assuming you made it all the way of course. But if you didn't - still no guilt! Marvellous. You deserved a treat while studying anyway. It's a laborious business.

So without further ado, I will allow you to study in whichever way works best for you - and hopefully with a bit less self-flagellation than you might otherwise subject yourself to. Unless that's what you're into, of course.

Disclaimer: none of this lack of worry affects my attitude towards things happening in the future, including examinations - which essentially boils down to an overwhelming feeling of PANIC! PANIC! PANIC!