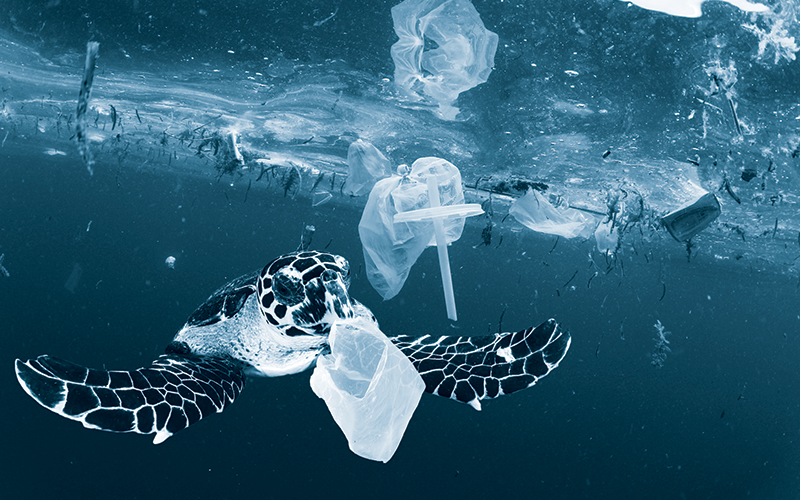 For the insurance, banking and financial sectors, pressure to respond to climate change is mounting. Investors and regulators are demanding that financial institutions assess long-term climate risk – a primary source of short and long-term financial market instability.

At a time of political fragility and growing public concern and activism, the public mood and the outcomes of competing narratives will be decisive.

There has long been a gap between rhetoric and reality. In March 2020, Christine Lagarde, president of the European Central Bank (ECB), said that only five of the 26 biggest eurozone banks and insurers had described climate risk exposures, and that “none of them provide full disclosure”.

Yet by early June, amid the uncertainties surrounding the appetite for investment, Mark Carney, United Nations Special Envoy for Climate Action and Finance and former governor of the Bank of England, said that demand for climate-related disclosure was “very high”. Mandatory disclosures are inevitable, but the scale and urgency of the challenges to the global economy remain. Carbon emissions fell by 6% during the first months of the COVID-19 pandemic, but surged again as countries came out of lockdown.

Cultural attitudes to climate and biosphere challenges will be decisive but are fundamentally uncertain. In some parts of the world, ‘strong government’ will drive urgent change. In others, the financial and psychological costs of deep emissions cuts will slow progress. We can expect culture wars in which the values of vested interests are pitted against alliances of investors, younger people, green activists and the wider public.

In chaotic economic and political conditions, culture can change abruptly. This has implications for insurance and actuarial practice, because cultural attitudes to the long term are felt in the short term. This is about emotion and how groups imagine the future, not simply historical precedent. Worldviews and risk models based on past behaviour and statistics will have limited value in potentially extreme future scenarios.

Culture shocks will reverberate through the financial system long before the physical impacts of climate change – such as irreversible damage to low-lying cities – emerge.

From a cultural perspective, competing narratives are the defining feature of radical uncertainty. Some point to urgent, short-term action; others to resistance to change.

The change in public opinion on plastic waste, for example, showed how shifts in market conditions and regulation can emerge without apparent warning. The tipping point came when the BBC’s Blue Planet II confronted viewers with the damage that plastic waste causes to wildlife and natural habitats, creating viral cultural conditions. The result: bans or taxes on single-use plastic in more than 140 countries around the world.

Many more narratives may create similar short-term shocks. The EU’s Green Deal illustrates how an idea can build momentum and quickly transform policy. The Green Deal is the cornerstone of plans to navigate the economy beyond the COVID-19 pandemic.

Flight shaming, first articulated in April 2019, exposed the aviation industry to what some airline leaders called ‘existential risks’ even before the pandemic put the sector on life support. The lesson is that changing cultural values can transform sectors that are short of immediate strategic answers.

Another potentially disruptive narrative is that there is little time left to address climate change. Inter-Governmental Panel on Climate Change reports, and warnings from the Executive Secretary of the UN Convention on Biological Diversity, have consistently argued that time is running out. The idea of tipping points and ‘too little, too late’ continue to gain momentum among leading scientists and regulators. In June 2020, as early output from the most recent climate models emerged, concerns grew that ‘climate sensitivity’ assumptions have underestimated the impact of emissions on long-term global temperatures (go.nature.com/3dMpZVp). In other words, temperature rises of 3°C or 4°C may be inevitable.

Another narrative links physical climate events with public attitudes. Mounting evidence shows that extreme weather events drive public climate concern. Surveys indicate that the people most exposed to extreme weather are most likely to acknowledge that action is needed. As the pandemic emerged, mass climate activism no longer made headlines, but the reality remains that attitudes to climate change are linked more to age than to party political identity.

Although concerns are rising around the world, resistance to climate action still has influence, particularly in the US. A YouGov survey of 32,000 people in September 2019 showed that 15% of Americans either did not believe climate change was happening or did not believe that human activity played a role. This percentage is five times higher than the percentages in China and India, and three times the global average. There is evidence that climate change is a source of polarisation in legislative and party political terms. Data compiled by the nonpartisan League of Conservation Voters shows that since the election of Donald Trump as president, Democrats in Congress have voted for pro-environmental legislation 92% of the time, compared to the Republicans’ 5%.

In Europe, opposition to climate change measures has influenced politics. Norway’s No to More Toll Money party emerged in response to environmentally motivated increases in road toll charges. In the most high-profile backlash against emissions taxes, France’s gilets jaunes movement led to violence and disruption in Paris and other cities.

In late 2018, 84 members of the US Congress wrote to the Justice Department to ask that oil pipeline activists be prosecuted as terrorists. A few months later, a group of activists heading for a UN climate conference in Katowice, Poland, were either arrested and deported or refused entry to the country on the grounds that they were a national security threat.

This apparent ‘securitisation’ of the issue may suggest that confrontation is more likely than ever. One of the many lessons of the COVID-19 pandemic is that if longstanding unresolved inequalities and injustices are not addressed by national leaders, social unrest will follow. The pandemic held up a mirror to health and social wellbeing haves and have-nots. Climate change could have even greater impacts.

At one extreme, grassroots activism and public pressure transforms politics. National and city leaders take urgent action, shifting from prevarication to panic. Mass strikes around the world add to the pressure. Variations on the Green New Deal unite disparate stakeholder groups around a shared sense of public purpose. In this scenario, public opinion, city leadership, corporate boards and the financial community contribute to structural shocks in underwriting, increasing volatility in asset values. The ‘sustainable economy’ narrative dominates, and ‘stakeholder capitalism’ becomes a self-generating win-win. Financial services are dominated by stewardship that goes beyond the sometimes empty rhetoric of ‘environmental, social and governance’ initiatives and is characterised by long-term thinking and radical innovation.

At the other extreme, public attitudes, investment sentiment and politics change slowly. ‘Transition risks’ act as barriers to change among entrenched interests, outweighing changing attitudes. Short-term costs and concerns dominate in a heavily indebted, instable, volatile world. Funding collapses for the renewal of the energy, water and transport infrastructure on which the planet’s future depends. This is most marked in US coastal regions, where the idea of ‘retreat’ to higher ground is culturally an admission of failure. The embedded narrative is that man controls nature – that technological solutions will contain climate risk while sea and flood defences deliver protection and resilience.

In this scenario, the investment community continues to operate on the basis that risk can be priced in the short term, rather than intervening strategically to transform the system for the long term.

In each scenario, the insurance industry, through underwriting and investment decisions, faces strategic challenges. While governments conventionally deliver ‘last resort’ support for the vulnerable, insurers have opportunities to collaborate across institutional boundaries in the public interest. Decisions about which cities and industries will have long-term backing are already political. The industry’s strategic positioning on underwriting long-term resilience will signal where to look for winners and losers.

Beyond that, the industry must judge risks that cannot be calculated by probability and backward-looking catastrophe models. To navigate this volatile landscape, we must detect changes in cultural and political narratives, and monitor developing momentum.

Without this, the industry will face more shocks and surprises. In the extreme, we may see the emergence of deep economic depression, mass unemployment, runaway climate change, political panic measures, radical systemic innovation, culture shocks and environmental activism.

Public cultural attitudes and values will be decisive in the transition to a sustainable world – and the insurance industry has a vital role to play.

Peter Kingsley is chairman of The Oracle Partnership