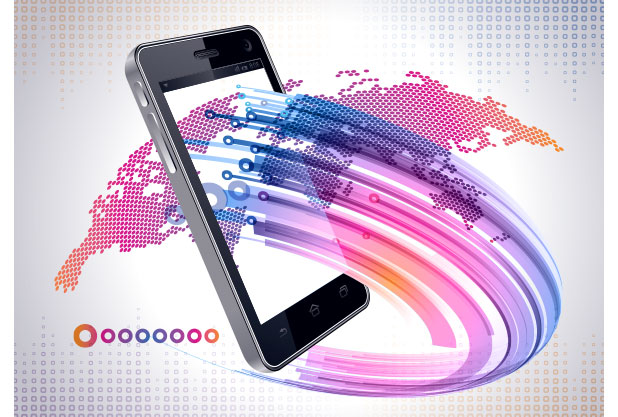 From the point of view of insurance incumbents, the grass does look awfully green for insurtechs – companies that use technology to improve insurance industry efficiency and lower its costs.

So many insurtechs boast of seamless operations, low head counts, intermediary-less (and highly scaleable) operations and exponential growth rates. How can an incumbent ever hope to compete?

According to a recent Willis Towers Watson report on insurtech, 2017 funding for insurtech ventures totalled US$2.3bn, a 36% increase on 2016. In addition, 83% of 2017 insurtech ventures had an insurer or reinsurer as investor. However, with very few exceptions, the insurance industry has so far proved quite resilient to disruptors, despite the best efforts of venture capitalists.

The good news is that insurtechs usually attract new customers who have never purchased insurance before. There exists an opportunity for insurers to learn from the successes and errors (there will be a lot of these) of the entrepreneurs who have embraced this brave new world.

The insurance value chain is made up of hundreds of dynamic moving parts: marketing, lead generation and sales; underwriting and risk; customer service; claims management, and customer retention. Each of these areas has experienced innovations that have caught the industry’s attention and imagination because of their simplicity. Some are high-tech, some low-tech and some are no-tech. The ideas seem to have plenty of upsides and limited downsides, and some of these concepts may be able to be imported into traditional insurers.

Life insurance companies with career agents usually expect the agents to find their customers and close their sales – essentially, to both hunt and gather. Hunting and gathering are two very different skillsets for agents to master. Indeed, most career forces only have a few agents (less than 10%) who qualify for the Million Dollar Round Table (MDRT) – a badge of prestige. Why does no one mention the fact that 10% is a really low number, though? This must mean that there is a chronic imbalance of remuneration, which results in an unhappy and unproductive sales force.

Certain insurtechs are seeking to address this imbalance by focusing on lead generation (hunt), leaving agents to sell (gather). They aim to locate high-intent insurance customers, who are screened, verified and delivered to the agency for a quote – customers not generally found by traditional bricks-and-mortar company lead generation methods. This does not devalue leads gathered by other, more traditional means; rather, it adds a new cohort. The principle of ‘divide and conquer’ should benefit all distribution channels.

Insurers no longer have a monopoly on data analytics. Incumbents are now in direct competition with insurtechs and other newcomers to develop advanced analytics and predictive models, particularly for emerging risk exposures.

The future may include risk selection from diverse sources, with products tailored to each of these segments and/or combinations; possible future underwriting classifications include:

An early study backed by a detailed cohort of 18m lives during a 12-year period showed that the difference in mortality between the highest and lowest financial credit scores can be as high as a factor of five. This can allow insurers to make guaranteed insurance offers to the highest quintile of credit scores and simplified and/or full underwriting offers to those with lower credit scores.

The ability of insurers to receive wearable data from users has already led to incorporation of the data into life insurance rates. Kudos must be given to Discovery Ltd, the South African insurer that originated Vitality, one of the first insurer-sponsored wellness programmes. It uses metrics from wearables and offers rewards for exercise, health checks, healthy eating and good health indicators.

Although public information can be gleaned from social media sites, there is resistance to its actual use, due to privacy concerns. In terms of personal data from wearables, privacy is an issue, as is data reliability. For actuaries, the lack of a strong history of data from wearables means that its use carries some risk.

Genetic tests from companies such as 23andme and Ancestry.com can provide information regarding disease risk, drug sensitivity, ancestry and paternity. However, they presently lack predictive power for insurers, except for detection of monogenic diseases such as Huntington’s disease. Privacy concerns are a focus here as well: even in countries such as the UK, where insurers are not permitted to use information from these tests, incumbents still need a strategy to deal with the potential for increased asymmetric information.

On a more low-tech note, there is an ongoing effort to analyse correlation between clients with high dental claims and mortality. It would appear that being fastidious about dental hygiene is a crucial part of an overall healthy lifestyle. In any event, it is encouraging that insurers are looking at other underwriting methodologies to simplify risk selection.

When it comes to customer service and claims management, insurtechs have been exploring the world of full automation, covering online marketing, underwriting, sales, claims, servicing and administration.

The property-casualty insurer Lemonade is one of the first successful users of this business model. It does not use traditional intermediaries; rather, it depends on snappy marketing aimed at uninsured millennials and word-of-mouth from satisfied customers. The majority of its clients have only interacted with Maya or Jim – its artificial intelligence (AI) avatars (or bots).

Left alone, most people don’t want to fill out an application form, research and compare the market and then buy the cheapest insurance. They would rather interact with a cheerful, upbeat, personality-plus individual (or bot).

One of the more interesting innovations is in how claims are filed. Lemonade’s process is paperless: the claimant taps the ‘claim’ button on its smartphone app and answers a few questions before the site records a video of the claimant explaining what happened.

Processing new policies with AI bots and claims via personal video delivers scaleability and may also facilitate advanced analysis of fraudulent claims through facial recognition. Insurers will benefit from a more customer-friendly claims service that will result in a satisfied customer, positive referrals and higher persistency.

Insurers have started to use predictive modelling, mostly as an underwriting tool – but its utility is quite diverse and can be used to predict claim frequency, identify fraudulent claims, handle low-credibility data and predict lapses.

Marketing and actuarial teams can also use predictive modelling to develop targeted retention management. Customer value can be measured, policyholder behavioural characteristics that drive lapse rates can be identified, and measures aimed at retaining high-value customers can be implemented. Over time, the quality of the portfolio will improve and, along with it, the value of the in-force book.

While investing in insurtech startups can be a great hedge for incumbents, they should not ignore the home front. Incumbents need to consider revamping their existing value chain processes by borrowing from their digital competitors.

Who knows? One day it might just be the insurtechs looking at incumbents as having the lusher, greener pastures. After all, in the end, video did not kill the radio star.

The views expressed in this article are solely those of the authors and do not reflect the views of their employer or of the IFoA.