Tacitus, senator and historian of the Roman Empire, announced: Truth is confirmed by inspection and delay; falsehood by haste and uncertainty. 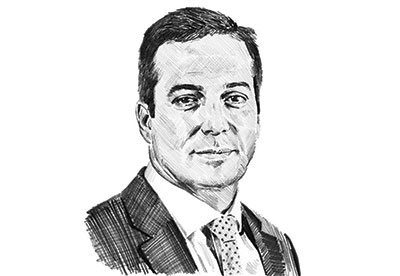 Tacitus, senator and historian of the Roman Empire, announced: "Truth is confirmed by inspection and delay; falsehood by haste and uncertainty."  His view, although overwhelmingly shared throughout history, hasn't always been heeded in time. Scientific progress in modern times has placed research at the forefront of development, but human beings haven't yet got rid of the habit of reacting late to known threats.

At the risk of sounding like a broken record, scientists have been flagging the potentially catastrophic consequences of climate change for decades. The topic has recently become mainstream and awareness is permeating among professionals, including actuaries. The Actuary has received numerous articles demanding that members of our profession get involved, many of which we have echoed. Although some have reservations about that view, the idea of actuaries getting professionally involved with climate change is widely shared.

Once agreement on the need to react has been achieved, the next step is to ask how the actuarial skillset can be applied. An actuary's strength is in explaining risks and finding ways to mitigate them. However, experience in the climate field is scarce and lacks structure. We may need to come up with novel approaches.

The negative implications of climate change are what economists label 'externalities'. The standard response to externalities is regulation, which isn't novel, but a tested tool. In this issue, Paul Meins explains how a wave of regulation on climate change is coming to the pension fund world and discusses implementation shortcomings.

Regulation is most successful when accompanied by benefits to those who are subject to it. Catherine Thorn and Sandy Trust elaborate on this concept, explaining how tackling climate change risks can make a positive commercial impact on with-profits investment strategies.

This article appeared in our November 2019 issue of The Actuary.
Click here to view this issue
Filed in
Opinion