A message from John Taylor, the president of the Institute and Faculty of Actuaries. 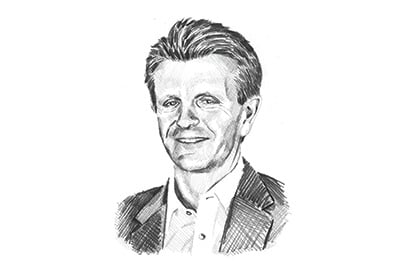 It is often said that actuaries are dead before their mistakes are realised - unlike decisions taken in many other career paths, it may take many decades for long-term actuarial assumptions to be tested.

While there may be some truth in that for those working in life assurance and pensions, it's not true of many general insurance (GI) lines. Some lines can deliver outcomes within weeks or days (others, though, have very long tails!).

Despite never having worked in GI, its potential for fast feedback and heterogeneity of product mix has long been a source of fascination for me. And, of all of our established practice areas, GI is the most advanced in the field of data science.

Given the imperative for the profession as a whole to embrace data science, I'm hoping GI can help show the way. For example, an important manifestation of data science within GI relates to pricing. Market forces, coupled with data science innovation, is leading to ever-increasing pricing granularity.

Our duty to the public interest causes us to question whether this is necessarily a good thing from a societal perspective, particularly when the cost of insurance may become uneconomic for some. How should an individual actuary deal with such issues alongside the commercial objectives of their employer?

These topics will become increasingly relevant to other insurance lines, such as health and life, as data proliferates. Data from wearables is already being used for underwriting purposes. The increasingly widespread availability of genetic testing may create another data point for underwriting, potentially challenging the UK industry's longstanding moratorium on asking applicants for test results.

It's interesting that GI is now at the vanguard of some aspects of actuarial science, because there was a time when the profession had little presence in this area. Indeed, as I travel to developing countries, there is often a growing actuarial presence in life and pensions, but little penetration of GI.

Decades ago, it was a similar story for the actuarial profession in developed markets, but the GI pioneers back then paved the way for thousands of actuaries since. This is a great demonstration of how the profession has been able to move into new fields in a meaningful way. It can act as an inspiration to us as we consider the future of actuarial work.

I'm looking forward to being inspired at the GIRO Conference in Edinburgh later this month, when hundreds of GI actuaries will gather to discuss current events in the realm of GI and look forward to the future. I'm excited to hear more about this thriving part of the profession, and learn how colleagues there are dealing with these new opportunities and challenges. The responses will be important - not only for GI, but also for the rest of the profession.