Nationalism is a tool increasingly used by leaders to bolster their authority, especially amid difficult economic and political conditions, according to Richard M Haas, president of the Council of Foreign Relations. 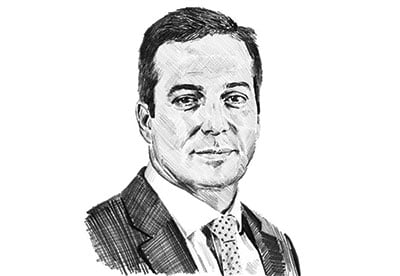 According to the Ipsos What Worries the World? Survey 2019, healthcare ranks fifth among the top global concerns. Others such as violence or unemployment come and go, but healthcare remains unchallenged over time. In the UK, it is the top concern for 35% of the population. That number is even higher in other parts of the developed world, such as the US and Canada. In China, 32% of the population currently name healthcare as their main worry - about 400 million people in that country alone.

These aggregate figures show how important the topic is to society, but do not explain what is causing this anxiety. If we consider the long-term trend of declining mortality rates, people's fears - of not receiving enough support, or the right treatment when ill, or other situations that could pose health risks - may not seem fully justified. However, lower mortality goes hand-in-hand with an ageing population and, subsequently, an increased demand for healthcare.

In this issue, we pay special attention to the topics of health and life. We interview Douglas Anderson, whose project Club Vita measures longevity in different parts of the world, and advises pension funds, insurers, public institutions and other stakeholders. Elsewhere, Emmet Thornburg and Shane Prendergast provide insight into insured life experience in Ireland.

Actuaries and life science professionals know well that, when it comes to extending lifespan, prevention is as important as care. Regarding the former, Nicola Oliver provides an overview of how sleep - either too much or too little - can affect the human body and its lifespan. On the latter, Ricardo Gonzalez compares healthcare systems in different countries, with an emphasis on how they tackle ageing populations, and the costs and broader societal challenges they create.