The trouble with the truth is that motives can be misconstrued. However, as Churchill said, The truth is incontrovertible. Malice may attack it, ignorance may deride it, but in the end, there it is. 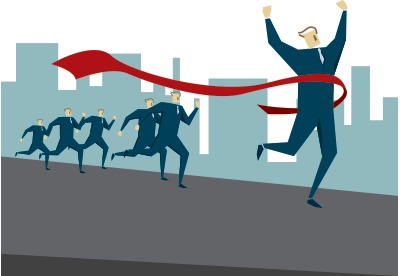 The trouble with the truth is that motives can be misconstrued. However, as Churchill said, "The truth is incontrovertible. Malice may attack it, ignorance may deride it, but in the end, there it is." The truth is I love Germany, but fear for the future of the Single Market.

The best I can hope for in my uphill struggle against Remainers' views is to give them advanced comprehension of 'Single Market lemmings running over a financial cliff'. There will be a temptation for MPs to vote to stay in the Single Market and maximise their chances of re-election by avoiding short-term disruption. If they succeed, they can contemplate the mechanics of our financial destruction on the way down to Poverty Street. Below, I set out the cause, best achieved by painting a mental picture. I also aim to entertain, so will use humour with no offence meant. I have simplified everything.

Imagine a 20-mile race where the German athletes are timed running down a hill. Against them are the Portuguese, Italian, Greek and Spanish (PIGS) runners, who are simultaneously timed running up the same hill over the same 20 miles - yet even in light of this obviously unfair race, the German management team still bet the Fachhallenhaus (ranch) that the PIGS will be faster! It's a stupid wager, which could not happen in the real world, right? Wrong!

Over the last 20 years, the 'one size fits all' Euro has meant (for example) that it is too easy for the Germans to export and too attractive for the PIGS to import. The Germans have loaned the PIGS a good proportion of their last 20 years' trade surpluses (which, logically, will never be repaid because of the biased trading relationship). The PIGS have massive national debts. If this were an equal trading relationship it would be tough enough, but the PIGS have an uphill struggle because of the Euro, which is too strong for them. When international investors believe the PIGS will default on debt repayments, it is a self-fulfilling prophecy.

When the PIGS default, the Germans (having made mincemeat out of the PIGS in the race to win trade orders) will have their banks collapse, taking the Single Market down with them. Yes, the Germans have invested their trade winnings in the sovereign bonds of the PIGS, which will become worthless... and so things could not be wurst! (We all know that punch line was coming, but it tempted you to read to the end to confirm you were smart!).

This article appeared in our February 2019 issue of The Actuary.
Click here to view this issue
Filed in
02
Topics
Careers