Just over a decade ago, the world experienced the financial crisis: ultra-high levels of financial volatility and a period of sharp decline in economic growth. 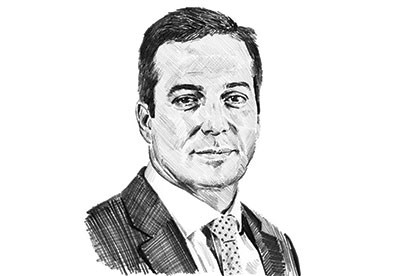 Just over a decade ago, the world experienced the financial crisis: ultra-high levels of financial volatility and a period of sharp decline in economic growth. Although 10 years may seem a long period, during which economic growth has recovered and unemployment has - largely - returned to normal levels, it is naive to think that the world has 'got over it'. Two indicators of this are the fact that interest rates, globally, continue to be ultra-low - in some cases negative - and total indebtedness has reached new highs.

A side effect of the crisis is the re-regulation process that has affected financial institutions, especially European banking, insurance and pensions industries. Regulation may have been costly for the banking industry, but it has also opened up investment opportunities for insurance and asset management contenders. Furthermore, it has emphasised the importance of risk management and fuelled innovation such as Solvency II, IFRS17, efficiency-seeking measures among pension funds, and the development of alternatives to defined benefit, public or state-sponsored pensions.

In this month's issue, we cover a range of topics that are directly related to the consequences of the crisis. We interview Lord Myners, who was in the eye of the storm as City minister from 2008-2010 and helped shape the aftermath of the crisis. That, along with his longstanding career in the financial industry, has led him to hold strong opinions about investments, pensions, banking and other relevant topics for many actuaries.

Conventional wisdom often has it that the crisis was caused by reckless financiers from the private sector, and that regulation is intended to prevent repetition. Certainly, political masters and public servants globally have made vast efforts to develop such regulation for the private sector. This may have detracted resources from tidying up public finances and dealing with ultra long-term risks such as ageing societies. Simon Brimblecombe provides valuable insight on the imbalances that may arise from social security retirement schemes, and the role that actuaries can play in that debate.