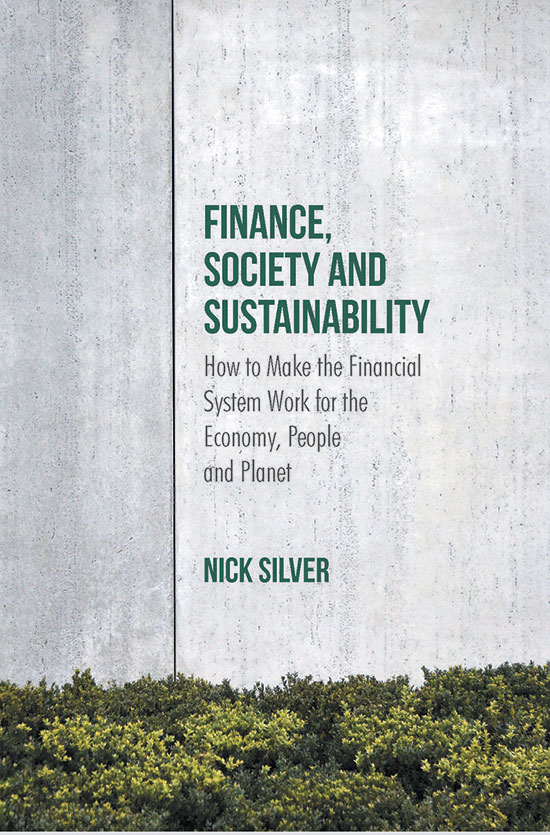 Given the plethora of books that have been written about the failure of the financial sector since the global financial crisis, it is hard to find one that says something original - yet Nick Silver has done precisely that.

Unlike most others writing about financial systems, Silver considers their effectiveness based upon their ability to facilitate the achievement of society's real needs. Money is, of course, only a means to expedite real-world activities, having no intrinsic value. Perhaps because so much of the UK economy is dominated by financial services, it is easier for UK readers to fall into the trap of thinking financial services have a self-standing purpose.

As importantly, few books look at the financial system in its entirety and as a system. Most focus on a sector - typically banking - or a particular aspect, such as the causes of low productivity. However, it is only by considering the financial sector as a whole,  in the context of its objectives and with an understanding of the linkages, that its effectiveness and efficiency can properly be gauged. By taking this approach, Silver is able to derive insights that are not apparent in other books.

Finance, Society and Sustainability does cover some well-trodden areas, such as short-termism in investment management, rent extraction in financial services and the hegemony of financial theory. By placing them in context, Silver helps us to appreciate how damaging these issues are.

The book becomes even more absorbing when Silver considers more fundamental issues, such as whether our financial markets operate more like Potemkin economies than the free markets we believe they are. His analysis of who drives the construction and operation of financial markets, and where power resides in shaping these markets, are particularly insightful.

It is difficult to disagree with his conclusion that government controls the structure and operation of financial markets to a far greater extent than it or we would recognise - but I fear that continuing government focus upon short-term vote-winning issues will prevent it from intervening to ensure financial markets are operating well.

Silver's conclusions are thoughtful and damning, and pull no punches. Some readers may find certain arguments overstated. Even staunch critics of pension fund investment, like myself, might find it difficult to accept fully that only 4% of investments by pension funds comprise what the general public would understand as investment. However, that should not detract from the author's conclusion that true investment comprises only a very small proportion of the total.

The book concludes with some proposals for change. Silver is a radical thinker and many of his proposals may appear challenging to those policymakers looking for simple answers to complex problems. But Trump, Farage, leaders of some of the Visegrád Group and, potentially, Corbyn have demonstrated that more and more voters consider existing political systems to be failing them and are less prepared to tolerate incremental policymaking.This is especially true of Millennial and Generation Z voters. Particularly in a world where digitalisation, robotics and climate change are causing significant societal upheaval, the types of solutions suggested by Silver deserve greater consideration.