I want you to really think about this: two life offices write exactly the same type of business in the same geographies, to the same target market, with the same sales channels, operating for the same length of time, with the same product features. 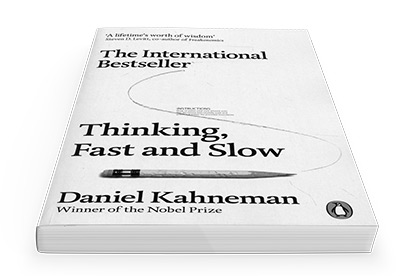 I want you to really think about this: two life offices write exactly the same type of business in the same geographies, to the same target market, with the same sales channels, operating for the same length of time, with the same product features. For simplicity, let us assume they exclusively write 20-term assurance policies to 40-year-old male non-smokers. The only difference between office A and office B is that A is much larger in size, having written 500,000 policies, while the smaller office B has only written 50,000.

On average, both offices experience an average mortality rate of 0.5% on their 50-year-old lives - although for particular calendar years, mortality experience may sometimes be higher or lower.

Conducting an experience analysis over a period of investigation of 15 years, with the same start date for each, both offices note the number of calendar years where their 50-year-old actual mortality was greater than 0.9%. Which office do you think recorded more such years? A, B, or about the same (within 5%)?

Many people will have guessed 'about the same'; some may have guessed A. However, B's smaller sample size will increase its variance relative to office A, giving it larger tails and thus greater probability of extreme events (such as mortality nearly doubling from the mean).

Every actuary should read Thinking, Fast and Slow. For all our extensive examinations in statistics, it's quite disheartening to fall prey to the cognitive bias that Kahneman (and his late colleague and friend Tversky) referred to as 'insensitivity to sample size'. Throughout the book there are some fantastic applications of Bayes' Theorem, which we should all be intimately familiar with for obvious reasons. While reading the book, I am ashamed to confess I often succumbed to the 'ignoring the base rate' fallacy - failing to use the prior distribution to calculate a posterior probability.

If I described to you a shy, introverted, glasses-wearing man, would you guess he is more likely to be a farmer or an accountant? I imagine many people's gut reaction - or as Kahneman would more technically call it, their 'System 1 type thinking' - would go for the accountant. This fails to take into account the fact that there are many more farmers in the world than accountants. You might assume that, relative to accountants, a greater proportion of farmers are not shy, introverted glasses-wearers, but hopefully with slow reading of the previous question you'll see that this is not what I asked - you have substituted my actual question with a much easier, more available one.

Kahneman's book is broadly about thinking, both 'fast', and 'slow'. I have tried to engage you in thinking slowly; however, as Kahneman's book shows, this type of thinking is hard, involves effort, and expends a finite resource of mental capacity. If you initially guessed wrong, though, I imagine your second reading gave you the impetus to activate your 'System 2' brain and think slowly.

I have had to make quick decisions at work, and frequently relied upon so-called 'expert judgments' when estimating probabilities, confidence intervals, frequencies, severities, and proportion, so I hope you can see why it is so important to understand these biases. I, like Kahneman, don't believe in 'intuitive statistics'.

In a wider application, Kahneman shows how biased probability estimates lead to project failures - we anchor our estimate of task success based on our initial expectations. There are techniques to overcome these flaws. On your next project, try conducting a pre-mortem rather than the usual post-implementation review.