EIOPA not careless but complacent

The IFoA Risk Margin working party gives its view on risk margin, possible future changes and the review of its purpose 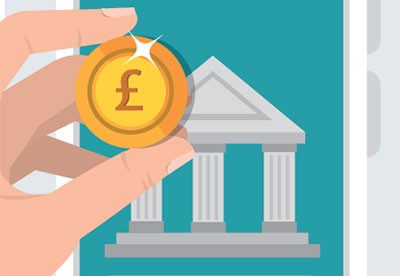 The brief of the working party is to propose changes to the risk margin and also to review its purpose, both under Solvency II and for the UK post-Brexit. We contributed significantly to the risk margin section of the IFoA response to the recent EIOPA consultation about items in the Solvency II Delegated Regulation.

This article is in response to Brian Woods' letter 'Once is misfortune, twice looks like carelessness' in The Actuary in December (bit.ly/2G0U3ko).

The risk margin is defined under Solvency II on the assumption that, if a firm fails, the liabilities will be secured to full Solvency II standards during the complete period of run-off, and that the cost of required capital for this purpose is 6% pa above risk-free. Under these assumptions, we believe that the Solvency II formula is theoretically correct.

Nevertheless, the following are valid questions for regulators and politicians:

Brian Woods challenges the EIOPA statement that there is no conceptual reason why the risk margin, being the cost of providing capital, cannot exceed the capital requirement. We agree with EIOPA that this is theoretically possible, as capital could be lost more than once during run-off.

Brian Woods describes the change proposed in 2009 by Dutch actuary Hans Waszink as theoretically correct, and he invokes Oscar Wilde in criticising EIOPA for rejecting it twice. Waszink claimed that the discount rate used to determine the risk margin should be the cost of capital rate (ie 6%) rather than the risk-free rate as specified in the Solvency II Delegated Regulation.

Waszink developed his approach on the basis that the risk margin should not exceed the solvency capital requirement (SCR). We do not believe that this is theoretically justified, as it assumes that the risk capital cannot be lost again during run-off and ignores the requirement for the reference company itself to hold a risk margin.

Nevertheless, it is clear that there are major problems with the current risk margin definition, not only with regard to its overall size but especially because of its high sensitivity to interest rates for long-tailed business such as annuities.

We were disappointed with the narrow scope of the risk margin element of the recent EIOPA consultation, which considered only the definition of the cost of capital rate and not the wider issues. Perhaps not surprisingly, given the narrow scope, the outcome of the consultation is that EIOPA is proposing no change, despite receiving many sensible comments outlining the problems and suggesting solutions. We feel this demonstrates complacency on behalf of EIOPA, given the extent of problems with the risk margin.

On the other hand, we are encouraged by the response by Sam Woods of the Prudential Regulation Authority (PRA) to the recent Treasury Select Committee report on Solvency II. He stated that the PRA believes the risk margin is too sensitive to interest rates and too high in the current low interest environment. The PRA is considering options to address these issues, while remaining within the constraints of Solvency II law and regulation. We await the outcome with interest.

The technical issues relating to the risk margin are complex, and the working party will continue its work to review the existing risk margin methodology and calibration.

More importantly, we are debating the need for and purpose of the risk margin. We hope that our conclusions might be helpful to any potential post-Brexit review in the UK, as well as to future reviews of Solvency II in the EU.

The working party would be happy to engage with Brian Woods and indeed other interested parties, in order to reach robust conclusions.