Keep women in the profession to close the pay gap 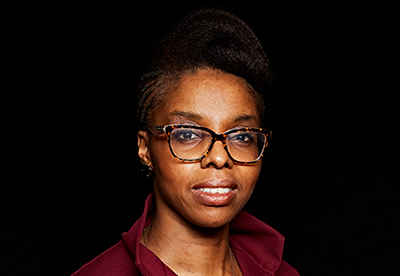 Organisations with 250 employees or more now have to report the difference in earnings between female and male staff every year. The gaps being disclosed do not - or should not - relate to equal pay. That would be illegal. The principal of equal pay for equal or similar work has been established since the Equal Pay Act 1970 and is now enshrined in the Equality Act 2010. This may seem a small detail, but it is important to understand. It is possible to have genuine pay equality and still have a significant gender pay gap.

At the time of writing, relatively few organisations have submitted data. However, what we are seeing, as expected, is that female representation at the higher grades - which command higher salaries - is low. This, plus the tendency for women to dominate certain lower-paid jobs, explains to a large extent the gender pay gap in the UK.

While the data has not been scrutinised at this level so far, we have no reason not to suspect that similar issues exist across the actuarial profession in terms of lower female representation at higher grades. Research conducted by IFoA's Diversity Advisory Group (DAG) in 2015 showed that non-retiring female actuaries leave the profession a full 13 years on average before their male counterparts.

This will undoubtedly play in to any cross-firm actuarial gender pay gap. We need to understand what is behind this and assess how the IFoA can work with employers to better support our female members.

The abundance of data and disclosures is to be welcomed and marks the start of understanding the issues, which will vary between industries and firms. A baseline will be created from which progress can be monitored as initiatives take hold.

These initiatives will likely cover the complete spectrum of career management - recruitment, performance management, development and promotion. Specifically, it could include blind CVs, adjusting the tone of role profiles, flexible working, reassessing internal processes and training in unconscious bias.

Mentoring can also play a role. Research produced recently by Women Ahead, a social enterprise of mentoring and development experts, has revealed the positive impact mentoring can have on gender balance. This study found it could be used to address the challenges of the gender pay gap, leadership equality, and the conscious and unconscious biases that exist around gender.

The DAG, on behalf of the IFoA, is supporting the Actuarial Mentoring Programme, which is due to be launched on 6 November at Staple Inn in London. Sponsored by Pension Insurance Corporation and run by Women Ahead, this is a pioneering cross-firm scheme intended to help address the issue of the early exit of women from the profession.

Leaving aside the economic advantages that are often said to result from closing the gender pay gap, my view is that the initiatives will potentially benefit all - not just women. I would expect minority ethnic groups, those with less advantaged socio-economic backgrounds and men in general to benefit. This is a good thing.

Environment and culture will be perhaps harder to tackle. Societal change needs to keep pace - equality in the workplace must be supported by equality in our homes and in all areas of our lives.

As more data is disclosed, we will no doubt come back to this topic and the DAG will be looking to see what insight can be found within the actuarial profession.

The research paper 'Turning the gender diversity dial' can be found at www.women-ahead.org/turning-the-gender-diversity-dial-through-mentoring

Chika Aghadiuno is chair of the IFoA diversity advisory group