Let's take devolution to the limit 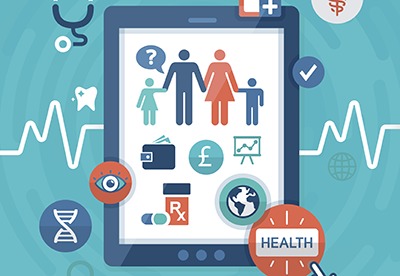 The NHS and social care system in the UK, once the envy of other countries, is broken and needs an overhaul. Instead, the government offers a series of 'quick fixes'. However, these are not quick and they don't fix.

There are problems on the supply side. Medics and administrators are at odds with each other, with the unions in the middle.

There are problems on the demand side, too. The public seem to regard a 'free at the point of delivery' service as a birthright, regardless of cost. Nothing pleases them, because they always want more. Improvement requires capital, which is in short supply.

I have spent several months researching this subject and have come up with a paper suggesting a transformation of the NHS. We will achieve this by harnessing two characteristics of modern people:

So, I propose a new scheme to meet the needs of the 21st-century British people. It would:

The innovation is that the control of spending would pass from the NHS and the GPs to the individual. Each individual would be given an annual limit - a line of credit rather than cash - called the 'allowance', to spend on health and welfare. By giving each person direct responsibility for managing this allowance, and allowing any unused amounts to augment their pension, the scheme would both temper demands for more service and reduce costs. People are more careful with their own money than with the government's.

Let me give a brief outline:

The changes are broadly self-financing, and in the long run would make the NHS less capital-hungry.

A role for the profession

The problem will not go away if you ignore it. We are living beyond our means. The only things we are bequeathing our children are debt and dementia. On current trends it is predicted that, by 2051, one in seven of everyone over 75 will suffer from dementia.

It would be nice if the actuarial profession took an active role in this. After all, it chimes with many themes that the Council champions, including communications, inter-generational transfers and wider fields.

A paper by Icki Iqbal, 'What do people want? A long life or a healthy life?' is available on request.

Icki Iqbal is a retired actuary