Inconsistencies in our constituencies

Recently, and what seems to have been more frequently than in any other decade, we have taken ourselves to the ballot box at a national and local level, exercising our right to make our voices heard. Certainly in the last few years, we have seen the unexpected (or expected in some cases) occur based on the will of the people. In some of the more notable and historically altering elections, the outcome may have been decided by a disillusioned electorate tired of what they are presented with. 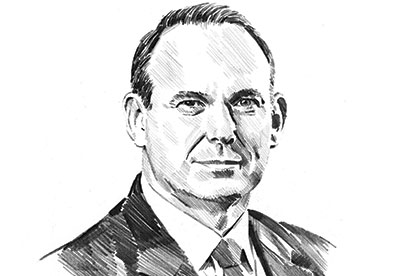 In some of the more notable and historically altering elections, the outcome may have been decided by a disillusioned electorate tired of what they are presented with. Evidently in a recent European election, we saw an indifferent electorate who regrettably chose to abstain as they were unengaged and uninspired, lethargic even. So, votes were cast, but the turnout was dismal. I wouldn't call that a success.

Is this the same for our organisation? While the IFoA may not be stealing headlines in the same way as Trump or Macron, we are making considerable strides towards our Charter objectives. The advent of each new sessional year sees the IFoA membership duly elect new members on to our Council. Being elected, as always, is a great achievement and presents an ample opportunity to engage in the lifeblood of our organisation, and participate in decision making at the principal level. I am delighted about the new additions to the group; let me take this opportunity to welcome our new Council members and wish them a fulfilling and productive year ahead. I have to address however the lack of engagement in the votes cast. This makes us sit up and take notice; we cannot continue to see such a decline in participation from our body of voters.

In the March 2017 issue of The Actuary I wrote about the existence and aspiration of a strong and smart IFoA, being at the behest of our membership. Enthusiasm for the profession and engagement from members is what we rely on to maintain a diverse, energetic and thriving membership body and I would like to think that with our global reach, this is in fact what we have.

This year the voting turnout was disappointingly lower than we would have hoped for. One of the fundamental points of this exercise is that Council is able to represent its diverse membership at the highest level. Surely, this in itself would make you, our valued member want to have a say in who governs your profession. While we are happy with an increase in international engagement, we still want more. We called on the electorate to take part and take interest in the campaign videos of our nominees - despite all these efforts, only 7% of the eligible votes were cast in the General Constituency.

We plan to ask a selection of our members in the form of a survey what their reason was for abstaining, in the hope of determining a fuller picture of where we can engage more vigorously. However, if anyone has any personal reflections they would like to share I would love to hear them so please do get in touch on [email protected] or [email protected]