A question of proportion 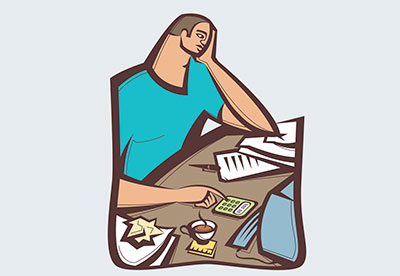 The UK government is considering changes to the charge cap on default funds as part of the current automatic enrolment (AE) review of defined contribution (DC) pensions. There are suggestions that the charge cap should be lowered from the current 0.75% of  funds under management, to smooth the blow for savers in view of next year's increase in contribution rates under AE, but this would be a regressive move.

The current charge cap reflects a good balance between 0.5%, which would have seen a queue of pension providers exiting the AE initiative so creating far less choice and competition, and 1%, which would have been a big disincentive for savers.

A reduction in charge cap would massively destabilise the AE market just as it reaches a peak of employers and as the costs of running a scheme will increase due to measures under the Pension Schemes Act 2017. It will also result in more failing master trusts and constrain the quality of investments and services that can be afforded. The last thing savers need is less choice and worse outcomes.

A bigger issue is that the charge cap applies to general administration and investment costs only, while transaction costs from investment trading fall outside the cap. Coupled with combination charges (a lower charge cap with a percentage contributions levy) it is very confusing for savers and can be costly. In the most egregious cases, transaction costs can eat up over 10% of a first year's contributions, while front-loaded costs - caused by combination charges - penalise workers who have jobs lasting only a few years. In the case of small deferred pots, these charges can not only dramatically eat away any growth, but can consume some or all of the pension pot itself. Based on a pot size of £500, with inflation at 2% per year and growth set at a recommended 5% per year, under some schemes, fees can consume as much as 105% of growth.

It is feasible to subsume transaction costs into a single percentage charge cap, therefore also doing away with combination charges.

To help some providers adjust, it would be reasonable to increase the charge cap to 0.85% inclusive of transaction costs, and then bring it back to 0.75% over time. If the government is serious about amending the charge cap, then it must implement the all-in-one fee recommended in the Financial Conduct Authority's interim report, in the spirit of fairness and transparency.

There is also a strong case for the review to consider the application and level of the earnings trigger of £10,000 to determine who must be automatically enrolled. It is well documented that there are many employees with multiple jobs who in aggregate earn more than the current earnings trigger, but in individual jobs do not. Such employees include a disproportionate number of women, who are more likely to work part-time. A 2016 Department for Work and Pensions update revealed that, of the 70,000 people who earn above the level of £5,824 in one job required to be eligible to opt into their employers' DC scheme, 86% are women. This strongly suggests that a removal of, or changes to, the earnings trigger would particularly support women saving for retirement.

The other issue we believe the review should consider is to bring the almost 5 million self-employed into the AE initiative. The better paid end of the self-employed population is likely to pay into a self-invested personal pension, but it is a starkly different case at the lower income end. Almost half of the self-employed are on low pay compared to a fifth of employees, and a staggering 1.73 million self-employed workers have earnings below the National Living Wage, according to the Resolution Foundation. It's understood that at least 1 million of them have no pension provision at all, while it is reasonable to assume that, with lower National Insurance (NI) contributions, their state pension would be limited and require supplementing. Various proposals have been made for bringing the self-employed into AE, such as taking contributions through their tax returns or levying additional NI contributions. Given the concentration of disadvantaged social groups among the self-employed, it would be socially cohesive to bring them into the auto-enrolment structure.

Will Wynne is managing director and co-founder of Smart Pension