The Stupidity Paradox: The Power and Pitfalls of Functional Stupidity at Work (Book review)

Anna Lynskey on the pros and cons of functional stupidity 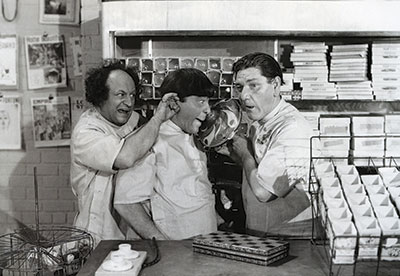 Actuaries are generally imagined to be clever, yet I doubt there are any amongst us who have not done something stupid at work. Sending a confidential email to the wrong person; pouring coffee over your keyboard; forgetting to drag your Excel formulae all the way to the bottom of the table and so on. In their new book, however, Mats Alvesson and Andre Spicer suggest that stupidity at work is more than just an occasional aberration.

The Stupidity Paradox describes how the most educated workers are often guilty of a kind of "functional stupidity," defined as "an inability or unwillingness to use reflective/cognitive capacities in the workplace" or "thinking inside the box". Alvesson and Spicer argue that the ways in which businesses typically tackle this - leadership development programmes, cultural change initiatives and the like - are in fact just new ways of encouraging people not to think. So companies that pride themselves on intelligent management may be at the greatest risk of behaving stupidly.

The authors are both professors at Cass Business School and specialists in organisational behaviour. The genesis of this book was a conversation in which they compared instances of stupidity they had seen in many supposedly "knowledge-intensive" organisations such as banks, consultancies and universities. Much of the book is devoted to categorising and describing this behaviour.

One potentially controversial example is what the authors call "leadership-induced stupidity." They say they have observed a "quasi-religious belief in leadership" in many organisations, with bright employees avoiding independent thought in favour of blindly following authority. They are suspicious of the leadership coaching industry, which they describe as a "crew of self-styled experts [who] bombard confused, desperate and bored middle managers with recipes for success." In support of this they quote a 2014 study by McKinsey that finds no correlation between business success and money spent on leadership development training.

The book continues to mix anecdote, opinion and research, exploring other types of unthinking management behaviour applicable across industries. Examples include over-reliance on processes and procedures - "structure-induced stupidity" - or an insistence on shared beliefs in the face of evidence - "culture-induced stupidity". Attempts to encourage new ways of thinking, argue the authors, rarely lead to actual change: they just allow managers to feel as though they are doing something by commissioning expensive consultancy reports.

The main focus is on general management concerns, but the introduction considers functional stupidity in analytical work.

The writers describe how, in the years leading up to the 2008 market crash, banks hired increasing numbers of brilliant maths and science graduates to develop models that could guide trading and investment decisions. At first this strategy yielded exceptional returns. However, as confidence in the models grew - catastrophe: "the connection between the quants' clean abstract models and the messy realities of markets began to fray." The authors quote as an example of the failure to allow for tranches of sub-prime debt when risk-assessing mortgage-backed securities.

Insufficient critical reflection meant that clever models built by clever people led to "stupid" and dangerous decisions. The Stupidity Paradox is written for a general audience, so if your work involves modelling you may find the treatment of financial engineering simplistic. Nonetheless, it shines a light on the important question of how to use models intelligently, a problem that actuaries have for some time been seeking to tackle.

In the final chapter of the book, Alvesson and Spicer offer some solutions to the problems they have observed. Firstly, they sensibly acknowledge that there can be benefits to "functional stupidity," noting that when people choose group-think over individual reflection they feel a sense of shared culture and direction which facilitates decision-making. In contrast, an environment with unlimited open discussion, challenge and criticism runs the risk of creating "conflicts and disorder". The writers therefore suggest that companies introduce space for critical reflection and challenge in a structured way. One proposal is the introduction of a "devil's advocate" to challenge and to question, a role which could be rotated amongst team members. Another proposal is "pre-mortems": dedicated sessions at the start of a project where the team identifies likely opportunities for stupidity based on previous experience.

Overall, I enjoyed The Stupidity Paradox. An element of this was undoubtedly schadenfreude - a certain guilty pleasure in reading about mistakes made by clever people. More importantly, the book encouraged me to think about what it means to be intelligent at work.