Discount rates have been the subject of much debate in recent months. Colin Wilson outlines the issues affecting the future 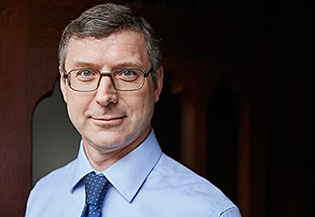 Discount rates are the subject of much discussion at the moment, not just within the industry but also within government. At the time of writing this article the general insurance industry is waiting for the Lord Chancellor to opine on the review of the discount rate to be used for lump sum personal injury claims. It is also expected that the issue will feature prominently in the soon to be released DWP Green Paper on DB pensions in the UK. With such a heightened interest, I thought I would dedicate this month's column to the subject.

As actuaries we, and others, use discount rates for many different purposes. And they have been the subject of much debate within the actuarial profession in recent years, see for example the IFoA's A Framework for the use of Discount Rates in Actuarial Work published in 2012. In fact they are so useful that it can be easy to forget that they are not always the best way to approach a problem.

One attempt to remove reliance on assumed discount rates is to refer instead to market values. The theory is that if you can find a traded financial instrument with the same characteristics as whatever asset or liability you wish to value, then you do not need to assume the future cashflows and an appropriate discount rate, instead you can simply observe the market value of the traded instrument. Of course the challenges arise when current market prices are not all that matter. Or when, as is often the case, it is impossible to identify a traded instrument which is sufficiently similar to what we are trying to value.

Take for example a couple of questions that have received a lot of attention of late:

First, they deal with long-term issues. The longer the time period of interest, the more likely it is that differences with a reference asset will become significant, for example due to differences in liquidity or other real options of one sort or another. Indeed with longer terms, market prices can become hard to unpick due to the amount of embedded uncertainty and variety of theoretical risk premia that may be involved. Such reasoning may provide a justification for those that argue for example that there is little point in seeking to remove all risk from investing to pay long-term pensions since the long term can never be without risk.

Second, they require macro-economic thinking and not just micro-economics. Since market values are normally based on the prices of marginal transactions, they are of limited use when one aggregates to the level of a whole economy. And especially so when the choices to be made may affect the level of economic growth and therefore the returns that will be earned on investments, as arguably may be the case with each of the questions above.

Third, the answers depend on our values, since they will have major intergenerational effects in terms of both expected costs and risks. And, of course, market values don't help when it comes to making ethical judgments - for example, what is fair to one generation compared with another or what is a fair distribution of wealth or costs among different nations or socio-economic groups today.

Governments need to make consistent decisions across a whole range of spending and investment options. Rather than relying on potentially volatile market prices for this purpose, in the UK the government uses a social time preference rate, representing the assumed value society places on a given amount of consumption today versus in the future. But even this doesn't help to answer the question what should we do if one of the possible future outcomes threatens the very existence of human society (so-called existential risk) or how do we value a range of possible future outcomes when we cannot quantify the probabilities of these different outcomes.

Many of the issues discussed in this article are considered in the IFoA's Intergenerational Fairness Bulletin on climate change and were discussed at the recent launch event. For example, the article by Matthew Bell, chief executive of the Committee on Climate Change, explains that "the discount rate is only useful once it is clear what path is being pursued and it is a question of comparing financeable projects that fit within that path".

None of this is to argue that either market values or discount rate based valuations are worthless. Far from it, they are often a valuable means to obtain decision-relevant information. And sometimes they are mandated, for example in regulation or accounting standards. But careful thought and judgment are normally in order before basing decisions solely on such information.