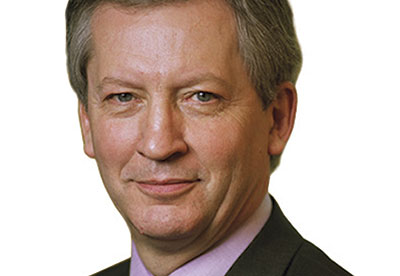 The topic of climate change generates many emotions. Some people rage against the idea, and view it as a scientific hoax. Others put their fingers in their ears when the subject is mentioned. Another group are clear that it brings real risks, including financial risks.

Across the financial system, we have seen various actors speak to the need to address climate change, and the ensuing risks. The Bank of England governor, Mark Carney, gave a speech in September 2015 that raised awareness significantly. He classified climate risks as physical, liability or transition, where transition risks include financial risks that could result from the process of adjustment towards a low-carbon economy. Later that year, COP21, the UN Climate Conference, delivered the Paris Agreement, which came into full force globally on 4 November 2016, sooner than even we optimists had hoped. A few weeks later, the FSB's Task Force on Climate-related Financial Disclosures (TCFD), chaired by Michael Bloomberg, published its recommendations. I have described these as doing for climate finance what the Marshall Plan did for European reconstruction after the second world war.

The fiduciary duty debate still lingers on, though recent regulatory moves - in the UK and elsewhere - give hope to a broader interpretation becoming the norm. As an example, we can highlight the HSBC pension fund trustees' decision that their members' DC default investment option is an eco-friendly investment offering (see Rain or Shine in The Actuary, Jan/Feb).

Various members of the profession, often supported by the Resource and Environment Board, have for some time been making notable individual contributions to the task of transitioning to a low-carbon global economy. Collectively, a working group has been developing a practical guide for pensions actuaries on resource and environment issues. As a profession, we can be pleased that the Environment Agency Pension Fund's policy

to address the impacts of climate change specifically refers to the role of the actuarial valuation and funding strategy. Notably, that policy states the fund's strategic alignment with a 2° goal, and was adopted before COP21.

As momentum builds around the management of climate risk, and climate finance heads towards being a mainstream topic, the discussion within the profession has broadened. The IFoA is proactive in identifying long-term issues that may affect actuarial work, and seeks to create an environment where actuaries can incorporate new trends into their work. Indeed, the IFoA encourages them to do so. Actuaries are ideally placed to analyse and model the long-term implications of climate change on institutions, translating the results of climate science and policy into ranges of potential future outcomes. Helpfully, the TCFD Recommendations Report places considerable emphasis on the role that scenario work should play as we head into an uncertain future.

We have now got to the stage where the IFoA is considering how best to address the issue more broadly. Issuing a risk alert on climate change is one possibility, though other routes are possible. What is clear is that some wider action will enable policymakers, clients and potential clients to see that actuaries are both participating in thought leadership and are also a commercial resource for those grappling with the complex financial and risk issues that climate change requires us all to confront. And personally, this fast-moving field provides plenty of interesting challenges - challenges on which I believe actuaries can thrive.