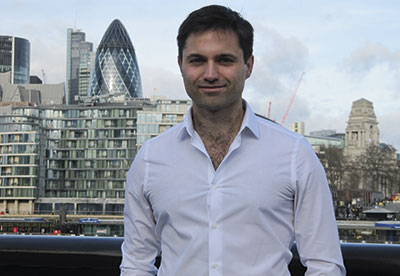 Since the 1970s, central bankers have conducted their business with two aims in mind; stable economic growth and low retail price inflation. But is the current mandate too restrictive?

The shock of 2008 instilled an extreme aversion to risk. Central bankers and investors are locked in a perennial staring contest. Rumours of a rate increase spook the market and policy is re-assessed, creating a bizarre paradox whereby central bankers have become the movers of markets and not their safety buffer.

The trend originated with the tenure of Alan Greenspan at the Federal Reserve in the late 1980s, continuing throughout and since the financial crisis. The 'Greenspan put' is the set of policies enacted to deal with financial crises, generally through cutting rates and increasing liquidity to support falling asset prices and the economy.

From a UK perspective, a worrying aspect of recent unconventional monetary policies is the impact on house prices and pensions, and the seemingly indifferent attitude of some policymakers in government and the BoE. The former pensions minister Ros Altmann has voiced concerns, recently echoed by William Hague and others, while the economist John Kay succinctly describes the effect of monetary policy since 2008 as having been "to transfer wealth to those who already hold long-term assets - both real and financial - from those who never will."

It should be acknowledged that fiscal and monetary objectives and policies are not mutually exclusive. To the extent that monetary policy prevents a global meltdown as it did in 2008, great. But to the extent that it keeps asset prices inflated above fundamentally sound valuations and placates investors, fiscal stimulus could be more efficient.

To illustrate the point, investment in infrastructure is overdue and needed. Government borrowing to invest could produce tangible growth in the economy without the toxic side effects, and borrowing costs for the government are near to an all-time low.

Granted, there will always be political aversion to significant investment, since elected governments are generally averse to running up the national debt for projects that will not yield short-term benefits (votes).

So what is the right level and type of inflation to target? Globally, the issue of inflation is complicated by the rapid expansion of technology in new and innovative ways that continues to reduce the price of goods and services. So what is the sweet spot that optimises aggregate demand?

The widely used figure of 2% was conceived when negative rates were fantasy. With rates stagnating near to zero and realised inflation falling below expectations, do inflation targets need to be re-assessed downwards? Few would wish for deflation, so a positive target is sensible, but if the target cannot be met even with continuous QE then perhaps it's time to look again.

There is retail price inflation, but what of other assets including house prices and pensions? They are central to the economy, yet no explicit mandate is given to the central bank in respect of them. It is risible to suggest that unabated house price growth well beyond salary growth is good for the economy, yet that is exactly what has precipitated in the UK in recent years.

While the impact on defined contribution schemes could be viewed as broadly neutral (increased asset prices but reduced annuity rates), a continued policy of near-zero rates is likely to mean that the few remaining defined benefit schemes still open to accrual will close.

It is reasonable and necessary to question the tenets of central banks' mandates. The extent to which they intervene in financial markets has a material impact on the long-term economy that is, by their own admission, largely unknown. The traditional metric of targeting retail price inflation is too restrictive, and the danger of asset price bubbles has to be recognised and included in the mandate.

In his 1977 thesis, Alan Greenspan wrote: "There is no perpetual motion machine which generates an ever-rising path for the prices of homes." Thirty years later, as chairman of the Fed, he implemented policies that incubated the sub-prime mortgage crisis. The dangers were apparent and yet ignored.

Some will argue that central bank independence precludes political interference or oversight. Yet in the UK and elsewhere, QE can be tantamount to monetary financing a country's deficit through the purchase of government bonds. An honest discussion needs to be had in apportioning responsibility for the economy. Pragmatism not dogmatism should be the way forward.