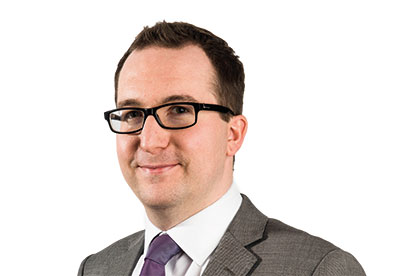 Another year draws to a close, and it's certainly been an eventful one. There were a few big events we knew were coming, like Rio playing host to the first summer Olympics in South America, the US presidential election, and a referendum on Britain's membership of the EU.

However, there have been a few unexpected developments along the way; in the world of sport, Leicester City defied the odds to win the Premier League. Then there were the results of the EU referendum and US presidential election, unexpected by many and creating market uncertainty.

This month in The Actuary, Francisco Sebastian reflects on what Brexit means for infrastructure investment, while Richard Silveira questions whether the use of quantitative easing to respond to economic shocks is causing an existential crisis for central bankers.

In terms of technology, we have also seen some significant developments in 2016. The inventor and entrepreneur Elon Musk set out his vision to send humans to Mars in the next six years, while augmented reality has gone mainstream following the launch of Pokémon Go. Closer to home, insurers and other financial organisations are waking up to the threat and opportunities that technology poses. Paulo Cuomo, co-founder of InsTech London, explains why we are beginning to see more innovation in insurance. Meanwhile, Andrew Brem, Aviva's chief digital officer, talks to The Actuary about how he is driving digital transformation across their business to stay ahead.

Certainly, one digital technology that is already changing distribution is robo-advice, as David Stevens explores. Embracing the benefits that technology can bring, Andrew Scott advocates a new category of insurance that shares with customers the value created. Perhaps we will look back on 2016 as a defining year, with innovation beginning to transform financial services.