It was ironic that I read the article written by Simon Ruffle and Lee Coppack entitled Shock tactics on the same day that President Obama issued a directive to prepare the US federal government to deal with the effects of space weather events. 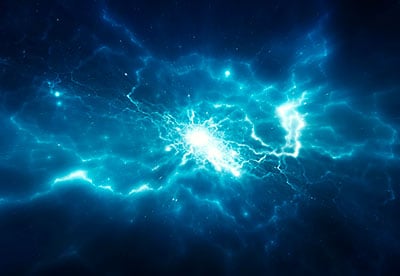 It was ironic that I read the article written by Simon Ruffle and Lee Coppack entitled Shock tactics (bit.ly/2dCjecZ) on the same day that President Obama issued a directive to prepare the US federal government to deal with the effects of space weather events.

It would be useful for actuaries to understand the awesome power that space weather events can have. The solar storm known as the Carrington Event that hit Earth on 1-2 September of 1859 would, if it were replicated today, would cause most, if not all, power grids across the planet to fail. It would probably take many years for all of these power grids to regain full functionality because of the limited production of the necessary transformers and the lack of spares.

But this was not a one-off event. On 23 July 2012, a similar-sized coronal mass ejection fortunately missed Earth by a few days and instead hit the Stereo A spacecraft. Had Earth been in the direct path then the economic cost of that one event has been estimated at between US$1 trillion and US$2 trillion.

In February 2014, physicist Pete Riley of Predictive Science Inc. published a paper in Space Weather entitled: On the probability of occurrence of extreme space weather events. In it, he analysed records of solar storms going back 50+ years. By extrapolating the frequency of ordinary storms to the extreme, he calculated the odds that a Carrington-class storm would hit Earth in the next 10 years. His answer: 12%. But his modelling will, hopefully, be wrong. It may be too pessimistic, but there again it may not be pessimistic enough, because Earth's magnetic field is acting very strangely. It has been weakening at about 5% a century for about 400 years, but during this century that weakening has escalated to apparently 5% or more a decade. If this continues then Earth's magnetic shield will soon not be offering the usual protection from even weak solar storms. Some observers think that this is already happening, as relatively weak events, such as recent increased solar winds from coronal holes and filament eruptions, combined with sudden changes in the interplanetary magnetosphere, are already appearing to trigger extreme weather events, when such solar events even 10 years ago would have been completely repelled by Earth's magnetic shield.

While I commend Simon Ruffle and Lee Coppack on their research and article, I recommend they continue their enquiries, particularly in the direction of the risks from extreme and maybe soon not-so-extreme space weather events. If President Obama can now recognise these risks, it behoves our profession to do likewise.

This article appeared in our November 2016 issue of The Actuary.
Click here to view this issue
Filed in
11