As a profession, we pride ourselves on our insight, distilling key issues and bringing clarity of thought and understanding to generate better outcomes for clients and wider society. 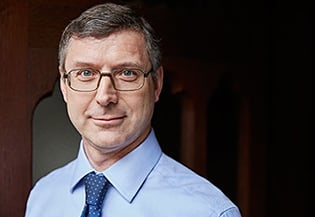 As a profession, we pride ourselves on our insight, distilling key issues and bringing clarity of thought and understanding to generate better outcomes for clients and wider society. Much of this insight is driven by our long tradition of undertaking research and collaborating through working parties. But research is just one aspect. Genuine thought leadership also requires effective dissemination of this research.

A good example of this is the IFoA's Longevity Bulletin. What I like about this publication is that it not only addresses some of the key issues of the day in the field of longevity, but it also attracts contributions from non-actuaries who are specialists - 'thought leaders' - in their fields. And that is my point. If the profession is to be recognised as being full of successful and influential thought leaders, we cannot achieve this in isolation. We need to co-operate and collaborate with other professions, pulling together on issues where actuaries can help.

So we should be building on the success of the Longevity Bulletin, the British Actuarial Journal, the Annals of Actuarial Science and, more recently, our public affairs activities, as vehicles for disseminating thought leadership. So later this autumn, we will be piloting a new publication called Delta, which will feature articles, interviews and opinion pieces from respected thought leaders and journalists on key policy issues of the day, where actuaries and actuarial science can bring insight and a different perspective.

It is all too easy for people to get hung up talking about minor details and miss the big picture. Take for example, the valuation of defined benefit pension schemes, a subject that often generates heated debate both within and beyond the actuarial profession.

In my experience, much of this debate misses the point. A figure for the value of pension liabilities, or for the deficit or surplus of assets relative to liabilities, is of very little use by itself. The important question is what decisions depend on the output from the valuation; what is to be done with the numbers produced?

As actuaries, we know that by thinking about the bigger picture we can often help avoid making poor decisions. A focus on just the immediate financial implications of a decision and not what is actually going on in the real world can be misleading. Let me give an example to explain. Consider what is sometimes known as the 'broken window fallacy'. This involves the story of someone who throws a brick through a shop window. The result is a sequence of economic activity as the shopkeeper pays a glazier to replace the window, who will then spend this extra income elsewhere, and so on, via a multiplier effect to create a supposedly positive impact on the economy. The fallacy involves ignoring the opportunity cost. If the shopkeeper didn't have to pay the glazier, he or she could have spent the money on something else and again the same multiplier could have come into effect. In this case, society overall would have been better off by exactly one window.

A much larger illustration of this can sometimes be seen in GDP figures following a natural disaster. The point is that clear thinking about what is ultimately contributing to wealth generation is necessary to make good decisions. To take another example, crude GDP measures may benefit from spending required to mitigate the effects of climate change, but we might be better off by avoiding the need for this expenditure in the first place.

What concerns me is that big decisions can be informed by limited thinking and poor-quality data analytics. And big decisions without big judgment can lead to bad decisions. It is clear to me that there is a huge opportunity for actuarial judgment, and for actuaries to show thought leadership to inform the big decisions of the day. That is why I am keen to showcase effective dissemination of actuarial thought leadership during my presidential year. By doing so, I hope to inspire more actuaries to get involved in the key public interest issues. By taking a more outwardly facing approach to thought leadership, we can also get those at the coal face in business and policy inspired to use actuaries.