In last months issue (bit.ly/28WopBZ), Fiona Morrison wrote an interesting article on how we should promote the value of the actuarial skillset. 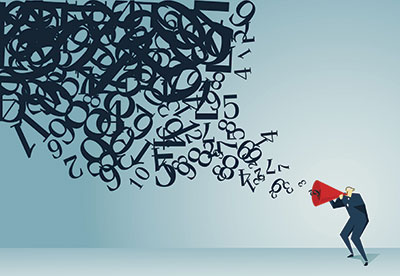 In last month's issue (bit.ly/28WopBZ), Fiona Morrison wrote an interesting article on how we should promote the value of the actuarial skillset.

Actuaries are highly skilled technical experts who, in my opinion, are generally strong at summarising and explaining their proposals to a non-technical audience. I appreciate that this view is not shared by all.

Where I think actuaries fail is that we struggle to engage the audience, and this gives the perception that actuaries are poor communicators.

I would love to share an example with you, but there is very little in the news about actuaries (and this is the point).

I have sympathy with the profession as it is a very hard sell. We are mathematicians (boring) who work in areas such as insurance (it's scary to think about something bad happening) and pensions (who cares about something that is decades away?).

Maybe one approach is to showcase our skills in areas that the public find interesting so that we can build engagement?

For example, the recent EU referendum contained a substantial number of dodgy statistics claimed by both camps, and the profession could have taken the lead in exposing these figures. This way, the actuarial 'brand' would have been promoted as:

One example is Boris Johnson's claim that we pay £350m a week to the EU. This ignores the rebate we get from the EU, the payments the EU makes to poor areas such as Cornwall and Wales and the benefits that we get from being in the EU. There are a number of other examples on the referendum and various other issues on my blog: http://dodgystatistics.com/.

This article appeared in our July 2016 issue of The Actuary.
Click here to view this issue
Filed in
07