Gender parity appears to be on the horizon. Fiona Morrison takes a closer look to see whether this is all its cracked up to be 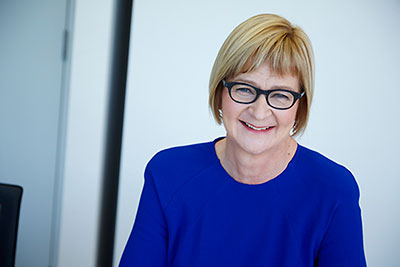 I recently read an interesting article in the London Evening Standard newspaper on my commute home from work. The headline was "Government 'silent' on university gender gap". As a keen advocate of diversity in all its forms, I was naturally drawn to it.

In the article, the head of UCAS, the UK's university admissions service for higher education applications, Mary Curnock Cook, called for "positive action to secure equal education outcomes for boys". According to figures from UCAS, women outnumber men in 112 out of 180 degree subjects. The overall gap has nearly doubled in eight years, with 66,840 more women on degree courses than men

I was quite taken aback by those statistics, and suspect there is some 'hollow laughter' from women reading this. However, it did get me thinking. Universities are the natural 'breeding ground' for the next generation of business leaders and captains of industry.

This issue has rightly attracted political interest recently, with the government-backed reports by Lord Mervyn Davies, former chairman and chief executive of Standard Chartered, which have proposed targets for the number of women on boards.

In his first report, Lord Davies recommended FTSE 100 boards target a minimum of 25% female representation by 2015. In his final report, published last October, he said that 33% of all board seats at FTSE 350 companies should be held by women by the end of the decade.

Intrigued to understand whether industry had responded to these targets, I discovered a fascinating website, called 'BoardWatch', which tracks appointments of women to UK boards.

Figures published by BoardWatch show that the number of women directors at FTSE 100 companies is currently 26%, up from 15.6% in 2010. While on the face of it that seems to paint a very positive picture, dig a little deeper and a very different story unravels.

Yes, women holding 26% of directorships is a huge step in the right direction, and I am sure that those companies have truly benefited from the diversity it has brought them. However, only 9.8% of executive director roles in FTSE 100 companies are held by women. While it is an increase from 5.5% in 2010, this is the bigger issue for businesses to address in reaping the benefits of diversity.

Will industry rise to the challenge?

If they are interested in share prices they will. According to research conducted by Credit Suisse, companies with some female board representation outperform those with no women on the board in terms of share price performance.

Looking closer to home, the FTSE 100 statistics are fairly representative of what we see here at the IFoA when I look at Council, where women comprise 36% of members, and the practice boards, where between 5-10% are women.

Diversity was my predecessor, Nick Salter's, presidential theme, and is one I have been keen to champion during my presidency.

I am heartened by our profession's response to this issue. We will shortly be publishing a diversity strategy on our website, alongside a diversity action plan, focusing on real actions that will deliver tangible benefits for our profession and our members.

We will also be hosting an event on 14 March at Staple Inn, entitled 'The elephant in the room'. Helena Morrissey, chief executive of Newton Asset Management and founder of the 30% Club, along with Jeremy Spira from Willis Towers Watson and Siobhan Martin from Mercer UK, will lead a panel discussion on diversity. Don't worry if you can't physically attend, you will be able to watch it online.

My rationale for focusing on gender diversity this month was not just the UCAS article, but also that 8 March marks 'International Women's Day'. This is a global day celebrating the social, economic, cultural and political achievements of women, and makes a call to action for accelerating gender parity.

While the UCAS experience has not as yet filtered down into the corporate world, it will be interesting to see how long it takes before more businesses can reap the many benefits of diversity.

In the words of Chuka Umunna, Labour MP and former shadow business secretary: "Yes, the glass ceiling for women now has cracks, but we have yet to smash it."