A climate of doubt

The first task of the Climate Change Working Party should be to investigate the assumptions, derivation and validity of the climate models. 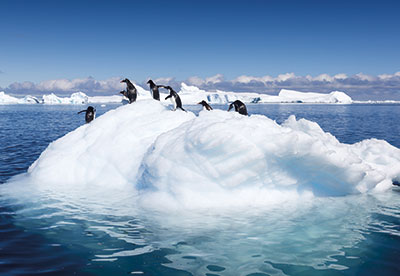 When I was studying to become an actuary, I was taught to obtain and assemble the data that would be required to create a model from which forecasts could be derived. As actuarial students, we also learnt that we would be lucky in that our predictions would, for the most part, be longterm and hence, should they be seen to be going awry, further data, which had evolved in the meantime, could be used improve our model and the ensuing forecasts. In those days, computer power was almost non-existent, and, consequently, models were designed to be comparatively simple. Today, we believe we can use the enormous computer power at our disposal to assemble and utilise vast amounts of data. We also believe our computers can perform the magic of transforming data, which might, at best, be accurate to one decimal place, into estimates that are accurate to as many as four or five decimal places. In doing this, we ignore the Eureka moment of Edward Lorenz, the father of chaos theory.

We believe we can use the same enormous computer power to combine as many as 40 different variables into a single complex model, despite the fact that we do not know the distribution of many of the parameters. We do not know whether they are linear or non-linear, cyclical or non-cyclical, random or chaotic, independent or correlated.

The first assessment of the Intergovernmental Panel on Climate Change (IPCC) was based on 90 models. After the relatively short period of 24 years, global temperatures, as measured by satellite, have fallen significantly below the 95% confidence levels forecast by 88 of these models and, as measured by adjusted surface thermometers, by 86 of the models. Despite revisions based on the further data that had become available over the intervening years, few, if any, of the models used for the second and third IPCC assessments have been any more successful in their predictions.

The only prediction of any of the first four IPCC assessments that has turned out to be accurate is that the level of CO2 in the atmosphere would continue to rise. Thus we have a situation where the driver has moved ahead, while the driven has, stubbornly, refused to follow. With similar results, any competent actuary might be expected to doubt the validity of his model. But, while many have modified their models, the Canutes of climate science still continue to believe that, through the continued burning of fossil fuel, man can and will alter natural balances and warm the planet.

In the past, the UK profession has been blamed for overestimating mortality and derided for its panic report on the AIDS epidemic. Perhaps the first task of the Climate Change Working Party should be to investigate the assumptions, derivation and validity of the climate models, which have, to date, failed so decisively. With their mathematical and statistical knowledge, actuaries are better qualified than most to perform this task.
This article appeared in our December 2015 issue of The Actuary.
Click here to view this issue
Filed in
12