Lessons from a Greek tragedy 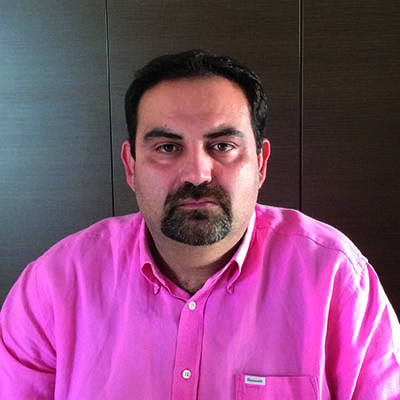 The Greek banking sector is a typical peripheral system, characterised by relatively low global linkages. This feature provided an unexpected insulation mechanism that allowed Greek banks to escape the 2008 crisis largely unscarred. But later, they entered into a period of strain as a consequence of the Greek sovereign debt crisis.

The starting point was this debt plunging the macro economy into an unprecedented recession, in terms of depth and duration. The past five years has witnessed a cumulative GDP loss that exceeds a quarter of its nominal level, while unemployment soared from about 10% to 27%. It was not long until these macroeconomic conditions were reflected in the banks' performance. Greek banks witnessed a deterioration of their assets' quality, since non-performing loans and delinquency rates increased substantially.

Another major blow was given by the (in)voluntary participation of banks in the Private Sector Involvement agreement, which produced about a 50% loss to their sovereign bond portfolio, comprising mainly Greek government bonds. Hence, Greek banks found themselves unable to meet Basel requirements, a situation that called for prompt corrective action, which took the form of a recapitalisation package mainly funded by the Greek state.

Apart from the drop in asset quality, Greek banks faced a liquidity problem brought about by their inability to raise funds in debt and capital markets, but, perhaps more crucially, by the continuous drop in deposits. This drop is certainly explained partly by the ongoing recession, but also by the deposits withdrawals owing to the depositors' quest for safety. Deposit withdrawals are the natural response to increased uncertainty in a context where government's explicit and implicit guarantees are questioned.

There is no doubt the Cypriot bail-in left its negative imprint on depositors' trust. It seems maintaining this trust will prove a more costly task in the future whenever a country is hit by a systemic banking crisis.
Public trust was further shaken by the recent imposition of capital controls. Capital controls were imposed as a last resort in order to avoid a massive deposits withdrawal and thus a bank run. Before the controls were put in place, there was a prolonged period of economic uncertainty, which followed general elections and negotiation talks that led to the referendum, held in July. This was the trigger for accelerating deposit withdrawals, leaving bank deposits to record low levels. Although there have been some relaxing adjustments to the initial capital controls, they are still in place, causing problems for firms needing raw materials from abroad and generally to international transactions.

E-banking and debit/credit card use was low, so agents were caught off-guard, and, with the negative psychological impact, this produced a significant consumption deferral. A positive side effect was that, very swiftly, e-banking and, in general, non-cash transactions exhibited increased penetration to parts of the population and firms that were unfamiliar or reluctant to use them before.

The million-dollar question is what the future will hold for Greek banks. It is clear the banking system desperately needs recapitalisation. The amount needed is yet to be determined and certainly will be finalised after the European Banking Authority performs the relevant stress tests. Based on the last available tests, before the imposition of controls, according to the adverse scenario at least two out of the four systemic banks would fall short by 50% of the Basel requirements. It remains to be seen whether the actual developments surpassed the assumptions of the stress tests' adverse scenario.

Consolidation possibilities
The Greek banking sector consists of four systemic banks and a dozen small cooperative banks with a limited regional operational profile. Provided all four systemic banks survive, it is questionable whether all of them can operate profitably in the medium term, and I believe consolidation is unavoidable.

My prediction is that the cooperative banks will embark on a series of mergers, with the resulting banks having a wider geographical scope. They might opt for a mega-merger, resulting in a single bank focusing on regional development or micro lending.

The bottom line is that trust in the banking system is a very fragile intangible asset that is gained over time and depends on qualitative factors over and above just financial ratios. From a selfish, academic point of view, this is a large-scale social experiment, and the outcome will teach us important lessons for the future.

Note: this article was written before the European Central Bank determination

This article appeared in our December 2015 issue of The Actuary.
Click here to view this issue
Filed in
12