What are actuarial skills?

Jon Spain believes actuaries must extend their skill sets to ensure they, and the profession, can thrive 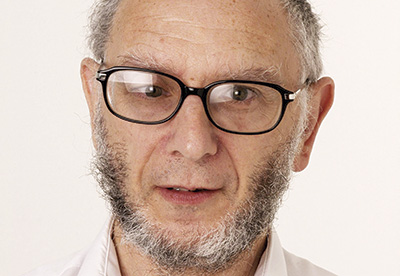 Although Kirsty MacColl's song title 'What do pretty girls do?' is probably more intriguing, that is not the question that has been troubling me. However, what actuaries do is something that puzzled me as far back as 30 years ago, when I wrote a brief piece for Fiasco, the predecessor publication to The Actuary.

More recently, in her presidential address in June, Fiona Morrison used the phrase 'actuarial skills' several times, which I challenged privately. No claim to originality of my opinion is asserted as I understand that this theme of actuarial skills is already being explored, and ideas have been sought via Twitter. While my background has been in defined benefit (DB) pensions, I hope some of the following can be accepted as broadly applicable to other actuarial areas of work.

Basic requirements are not enough
Mathematical ability and statistical ability are certainly necessary but insufficient ingredients. In practice, I suspect that very few pensions actuaries have needed to solve true mathematical problems. I've seen two cases in the past 40 years. We also need good modelling ability, with attention being paid to benchmarking and thorough testing. Numeracy is more important than mathematics.

A well founded perception about the actuarial profession is that professionalism is embedded through our code of conduct, making us a profession rather than a mere trade. We owe a duty of care to our client and to others who may be adversely affected. We also understand that lowering standards has behavioural effects, which could lead to, say, a worse claims experience, potentially bankrupting a client. Finally, we are able to identify options (the 'O' in COBIMET - contingencies, options, bonus loading, interest rate, mortality, expenses and taxation) and then try designing apt responses. Pretty much all actuarial problems can be so classified. But, despite all this being good stuff, it is simply not enough to justify patting ourselves on our backs. Indeed, I believe there has been too much 'groupthink' for too long.

Rather than mathematics, we desperately need critical thinking, which is still far too rare, to be rooted within all kinds of actuarial firms and expected at all levels. Being challenged is a great way of being forced to review what one is doing and why.

We need to accept that real-world financial statistics do not have a normal distribution, and some of us need to enhance our general statistical knowledge. We also need to restore a sense of balance over time, which I believe has been missing for at least 15 years (in DB pension space, at least). This could enable us to restore more balance between risk and reward, the latter being an essential element of institutional finance.

Lead the way
While I used to think a long-term approach was an essential actuarial ingredient, I have changed my mind. Rather, it is vital that the relevant time horizon is chosen in any particular situation, differing radically between DB pension space and general insurance. As it happens, the covenant requirements for DB pension schemes are a valuable feature because they enable pension fund trustees to gauge their likely support better than used to be the case.

We need to retain and reinforce our ability, generally not offered by other financial professionals, to look beyond the horizon. For example, asserting that the overall deficit is many trillions of pounds can only, loosely at best, be supported by projecting short-term conditions over a long period. That, however, cannot possibly be described as a long-term approach, because we can be pretty certain that things will be different.

Reverting to models, we need to remember that they can only be a guide and that results need to be tempered by common sense. If, say, the probability of rain is 80% and it has been raining for four days, looking out of the window on day five would be a good move.

Actuaries are accustomed to thinking in collectivist terms, which used to make more sense. However, especially with the new pension freedoms, we need to recognise that others think binary and we need to communicate better with them.

Lastly, apart from bringing us immunisation theory in 1952, Frank Redington also coined the phrase "the actuary who is only an actuary is not an actuary" (1968). Both were huge contributions to the profession, which we should recall with gratitude.

When, and how, are we going to reform our skills?

Jon Spain is a pensions actuary at GAD, specialising in TUPE employment transfers

This article appeared in our November 2015 issue of The Actuary.
Click here to view this issue
Filed in:
11
Topics:
Careers
Professional
Soft skills