Public-sector finances - a step too far? 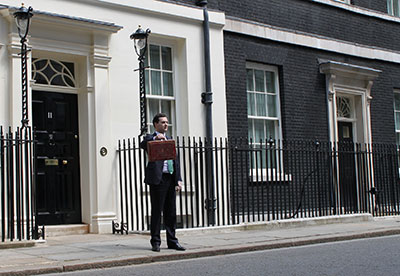 An area of interest that, for some reason, does not seem to have attracted any interest from actuaries is public-sector finances.

Recently, the chancellor of the Exchequer suggested that public finances should be re-engineered towards "inter-temporal equity", whereby the net financial cash flow demands of current generations should not bear upon those of future generations. Subsequently, the Office for Budget Responsibility noted that ageing populations may place unsustainable financial stress on the credibility of such promises.

It should not be surprising that actuaries have views on such topics. However, a significant challenge is to convert such concerns into relatively simplistic, actuarial-based financial modelling tools.

Understanding the impact of ageing can be used to better inform basic financial management, forecasting and budgeting of public-sector entities, such as local governments, NHS trusts and educational trusts. Finances in these areas appear to be dominated by issues related to a combination of private finance initiatives, unfunded pensions and health-care-related expenditures.

Currently, neither Whole of Government Accounts, or the International Financial Reporting Standards-based accounts seem to incorporate these insights. This is simply because they focus not on inter-temporal equity, but more myopically on inter-period equity at the short-term level (via accrual accounting), where 'deficits or surpluses' are defined in an accounting sense. By contrast, an intergenerational perspective involves a more ambitious 'imbalance' of all current and future expenditures by each entity and how this affects the balance of current versus future generations of cohorts of the population that may need to rely on or choose to use their services.

It does seem surprising to me that accountants seem to spend a lot of time worrying about these issues in the private sector and have no qualms about developing forward estimates of pensions or unfunded healthcare for private-sector entities.

Most of the discussions by actuaries at forums such as on ERM research and thought leadership seem to be about capital modelling for private-sector insurers. So why is it somehow a 'faux pas' to have a similar conversation about the public sector?