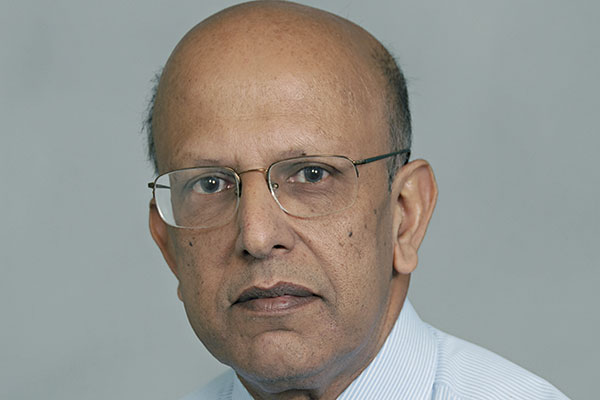 The governor of the Bank of England is at pains to point out that Consumer Price Index (CPI) inflation being negative is a temporary phenomenon. Let us consider what would happen if it wasn't.

When we had double-digit inflation in the 1970s, the savings ratio actually went up, as people were fearful for their jobs. When you have deflation, something similar might happen, but for a different reason; people would defer making non-essential purchases, because they would be able to buy them for less in a year or two. Left with unsold stock, businesses would slash prices. They would be forced to cut back production, and wages would fall, by much more than the fall in prices and jobs lost. Indeed, people might defer purchases for even longer, hoping that businesses would slash prices further.

Taking two years' sales out of the economy would lead to disastrous consequences. That is the position of people of working age. Retired people are different. They are guaranteed a state pension with a triple lock. Their state pension will increase by at least 2.5% a year in nominal terms, more in real terms. Those with an occupational pension are guaranteed a non-reducing income for life; it will increase in value in real terms.

This is a substantial asset financed by the employer via the pension fund. Most such funds are in deficit, and the deficit would grow larger in these conditions. Holders of personal pensions that have been converted into an annuity would be in a similar position.

However, this situation would surely not last. Employers would not put in more money to shore up their pension fund when their business was in decline. Nor would the population tolerate it. Something would have to give. The triple lock on the state pension would be abolished, although I suspect that a 'shall not decrease' clause would be introduced, and either:

? occupational pensions (but not personal pensions) would be forced to give up the 'shall not decrease' clause so that their pension could fall in line with inflation; or

? the employer could walk away from its obligations to the pension fund; or

? some combination of the above.

Where should people invest their monies? Equity prices contain a risk premium, but underpinning their valuation is the presumption that dividends will increase with inflation. Given deflation, with sales and profit likely to collapse, we would be back to an environment we haven't seen for nearly 60 years; equities giving a higher running yield than gilts. The correction would involve a massive fall in share prices.

If at some stage the economy is weaned off quantitative easing, there may be a price correction in bonds. Thus cash would be the best asset. Unfortunately, there would be a lot of it about, not just because people would prefer liquidity but also because of purchases being deferred. Banks might ask you to pay them to hold cash.

The current method of valuation of pension fund deficiency will, of course, assume that none of these factors apply, but there is a more fundamental issue with it. It is based on bond yields and, as these have been driven down by quantitative easing, the deficit has ballooned.

Is that sensible? You are, in effect, assuming that quantitative easing will last forever. That is entirely unreasonable.

But, if it were to last, then the last thing the trustees should do is to invest in bonds and gilts. If a valuation basis forces them to do that, then it is dangerous.

If, however, you expect quantitative easing to disappear sometime then you have to imagine what the investment environment would be like then.

Frankly, the prudent thing to do would be to take chancellor George Osborne and former pensions minister Steven Webb's idea one stage further. Wind up all pension schemes and apportion each member's share on an equitable basis and let each member take care of himself. A deal would have to be struck, with The Pensions Regulator's consent to deal with the deficiency in under-funded schemes. This would be on a case-by-case basis, but, in most cases, the employer would not be able to make good the whole deficiency.

Icki Iqbal is a retired actuary