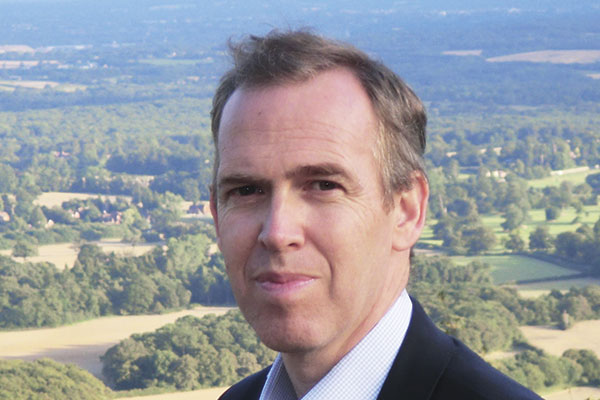 When I was selected to stand for parliament in the general election, I wondered what the people of Mole Valley constituency in Surrey would make of an actuary on their doorstep.

I needn't have worried. With two insurers in Dorking and another in nearby Kingswood, and consultancies in nearby Reigate, Epsom and Guildford, to say nothing of retired and current commuters to London, this is one part of the world where the word 'actuary' is met with an unsurprised "oh yes" rather than a puzzled "you what?".

But life as a parliamentary candidate is very different. You are a press officer, team leader and organiser, strategist, fund-raiser, motivator and mediator, social worker and trouble-shooter. Evenings and weekends do not exist.

Issues at the door

There is plenty of political interest here for actuaries. Nearly a quarter of Mole Valley's population are pensioners, and there is considerable debate about the coalition government's reforms. I helped develop the policies being implemented by pensions minister Steve Webb, so feel relatively well prepared. But it was still sobering to receive a half-hour critique of FCA guidance from a pensions manager at a major insurer when I knocked on a door in Leatherhead recently.

Another issue is the cost and availability of insurance. The River Mole was badly hit by the 2013-14 floods, and a number of residents have found it harder to get home insurance. Many elderly residents are loyal policyholders disadvantaged by inertia pricing.

Actuaries could help improve healthcare too. There are no acute care services or walk-in centres in the constituency, and it's difficult to receive care at short notice. One man who needed a nurse to change a dressing on his finger was sent to Tooting in London, where he had to wait for eight hours in A&E.

For all its faults, the disproportionate impact of 'first-past-the-post' makes for fascinating campaigning. Mole Valley is a 'safe' Conservative seat, with Liberal Democrats second. In 2010, the result was Con 57%, Lib Dem 29%, Lab 7%, UKIP 5%, Green 2%. So I have three main challenges. First is to identify my supporters so we can remind and encourage them to vote, checking for example whether they will be away and need a postal alternative. This is the purpose of 'canvassing' by political parties - to achieve enhanced 'differential turnout' by their own supporters.

Second is to identify and persuade Labour and Green supporters to continue to vote for me as the best chance of beating the Conservative 'squeeze'. UKIP supporters have a variety of motivations, so you often need to talk to them at length to work out which of the two main contenders they would vote for.

Lastly, in order to achieve the 14% 'swing' to win, I need to persuade moderate Conservative voters - who are willing to consider voting Liberal Democrat on an issue such as staying in Europe, concern for the environment or saving a local hospital - to 'switch' on the basis that there is no danger of 'letting in' Labour here.

Other constituencies have different dynamics. In Labour-Conservative marginals, both parties are trying to 'squeeze' Liberal Democrat voters and 'switch' each others' supporters. These results tend to vary uniformly in line with national opinion polls. Contests where the main challengers are the Lib Dems, UKIP, the SNP, the Greens or a popular independent are more volatile.

We have a close contest in local elections too, with 17 Lib Dem to 26 Conservatives on the two councils in my constituency. There are many 'split' voters who back Liberal Democrats locally but Conservatives in national elections. I need to keep them thinking locally when media attention is on the national contest.

In rural seats, an integrated election campaign is a series of local battles.

A parliamentary candidate uses their higher profile to support, encourage and recruit local candidates and campaigners. Last summer, I found a local candidate for a council by-election in an area we had not campaigned before, and helped him win. He is now persuading his supporters, many former Conservatives, to back me at the general election.

Paul Kennedy is an actuary and Liberal Democrat parliamentary candidate

This article appeared in our April 2015 issue of The Actuary.
Click here to view this issue
Filed in
04