With the help of social media, civil unrest is a risk that has profoundly changed in nature, says Scott Kelly 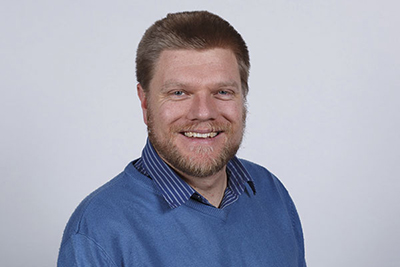 Social unrest has punctuated history. What is different now, in the 21st century, is that it has become a systemic risk. As the Arab Spring and Occupy movement show, ideas and calls for action spread quickly by mobile phone and through social media networks. Large-scale disturbances, often spanning multiple locations simultaneously, can emerge quickly.

Organisations need to consider this profound change in the way they think about their exposure to political instability. Understanding the impact that social unrest can have on businesses and the economy is a complex and challenging undertaking. Scenario planning, coupled with stress testing, is an effective way for organisations to see where they need to reinforce their resilience to the threats posed to their operations and the possible macroeconomic implications.

To be effective, a stress test scenario needs to be:

? plausible but not too probable;

I believe that a 100-year return period is reasonable for this exercise - as an event of this severity is sufficient to push an organisation beyond its existing contingency planning - but remains consistent with other risk management parameters. The details of the severity metric, however, are less important than the exercise of working through management actions.

The objective of conducting the stress-test scenario is to provide input into the organisation's contingency planning to increase its resilience to the threats from such events. It will also be possible to model the likely effects on a company's revenue and asset values and so incorporate this into the enterprise risk management.

In terms of probability, we see youth unemployment as a key driver in the development of severe social unrest, with social media as a catalyst. Despite a period of economic growth and increasing corporate profits, high youth unemployment, even for university graduates, is a structural problem in Europe, North America and many other countries. Almost any incident can become a trigger and what starts as a peaceful, confined protest can quickly become widespread and deteriorate into civil disorder or worse, especially if the wider population is already disaffected.

These are complex risks; they have multiple consequences in terms of direct losses and challenges to business continuity and cascading effects on counterparties. Disruption to transport, suppliers and customers' operations is likely. Because of exclusion clauses, insurance may provide a limited solution without additional coverage.

When civil disorder builds up over an extended period, the consequences on the macro-economy are also an important consideration. There could be many days of lost production owing to strikes, demonstrations closing down city centres, transport disruption and the general climate of uncertainty. Macro-economic shocks triggered by social unrest may ripple through the economy, hitting tourism, confidence and consumption, ultimately suppressing demand. These would inevitably have an impact on the capital markets.

The Cambridge Centre for Risk Studies has prepared a scenario that simulates the outbreak of a significant period of social disorder among young, disaffected people across Europe, North America and beyond. It is intended to capture the sudden rallying of youth anger across key institutions and economic sectors.

It estimates the impact on a hypothetical consumer electronics company called Pomegranate and models the resulting macroeconomic consequences and the financial impact on a conservative asset portfolio.

The Millennial Uprising Social Unrest Test Scenario report is available for free download from the centre.