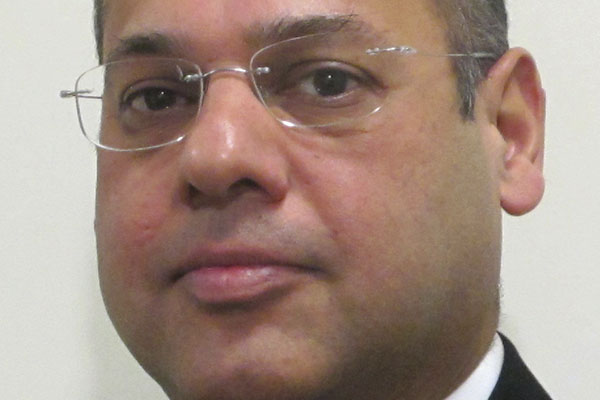 The basic principles of fracking or hydraulic fracturing have not changed since the 1860s when a brave man dropped an explosive charge down a well to fracture hard rock and stimulate the release of oil or gas.

Today, more controlled methods use high-pressure water, chemicals and proppant, such as sand or a ceramic material, to break up rock formations and keep the gas or oil flowing into the well.

A more recent development has been to combine hydraulic fracturing with horizontal drilling, again an existing technology, which has allowed the development of oil and gas resources which would otherwise not be commercial.

The implementation of these technologies on a large scale comes with risks that need to be understood and mitigated. Most risks associated with unconventional wells are, however, similar to those for conventional wells, but there is particular public sensitivity to fracking, especially in places without any significant experience of drilling.

For either form of drilling, the risks range from vehicle accidents at the frequency end of the scale to infrequent but potentially catastrophic events, such as blowouts or drinking water contamination, with latent risks to human and animal health.

Environmental pollution is a major exposure and, if not well managed, could lead to intensified opposition to any further exploitation of the technology, political backlash and draconian regulatory requirements.

Much of the concern about the environmental impact of fracking relates to the many chemicals that are added to the frac water and that should not, but could, get into drinking water aquifers as a result of a blow out or accidental seepage.

From an insurance point of view if, in 10 or 20 years, water from fracked wells was discovered to have slowly but widely contaminated drinking water supplies with adverse health effects, the liability claims would be unquantifiable. Such pollution claims could breach the limits on the operator's or contractor's policies and leave large uninsured losses against companies with varying degrees of financial resilience.

The key to minimising water pollution risks is good well design, good operating, maintenance and abandonment practices. In particular, designing the well creating a minimum of two barriers, to flow between any formation that is capable or potentially capable of flowing into subsurface drinking water aquifers or the surface environment, will result in a dramatic reduction in risks associated with the well.

Other environmental risks include greenhouse and other gas emissions, the release of chemicals and the effect of dust, smells, noise and light. Air pollution should not be dramatically different from conventional energy extraction, but lower standards, mistakes or insufficient caution could result in substantial losses.

There are also risks related to the handling, storage, transport, treatment and disposal of the residuals from fracking activity which need good management.

As we have seen from reports from Oklahoma, there are also seismic risks associated with fracking. The likelihood of an earthquake depends critically on whether the area is tectonically stressed in the first place. Water injection can increase underground pressures, lubricate faults and cause earthquakes - a process known as injection-induced seismicity. Those caused by fracking are almost always very small, under magnitude 3.8, and often unnoticed, but injecting large quantities of water in the wrong place can cause bigger events.

None of these risks is completely exclusive to fracking, and there is extensive good practice guidance available. Fracking, however, is likely to be deployed across the world. Any industry-wide structural deficiencies in design, operations, maintenance or abandonment practices could result in more widespread incidents that fuel resistance globally.

Ultimately the world's growing demand for energy and diminishing conventional reserves suggest a strong, long-term case for the continuing recovery of oil and gas from shale.

The experience in the US and elsewhere also shows that the extent to which fracking will become viable and acceptable will depend in large part on how well risks are managed and mitigated.

This article appeared in our September 2014 issue of The Actuary.
Click here to view this issue
Filed in:
09
Topics:
Professional