Nick Salter discusses the processes of Council, the IFoAs governing body, which leads its direction, vision and strategy 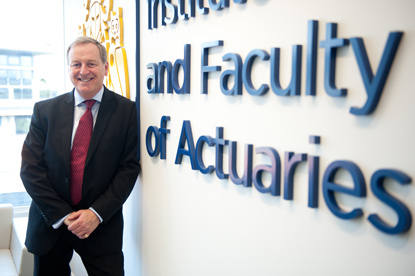 On 22 July I chaired my first Council meeting, which is part of my role as president, and I wanted to shine a spotlight on some of the issues Council wrestles with. I hope that in so doing more of you will consider standing for Council in the future, and that issues can be shared and discussed across the IFoA membership that will feed into it.

Council is the IFoA's governing body; it is responsible for the direction, vision and strategy of the organisation. That is a considerable responsibility, which is perhaps why it is shared across approximately 30 members, voted in by the membership. There are nine positions refreshed annually and any Fellow or Associate may stand for election.

Importantly, Council delegates some responsibilities to bodies that report directly to it, namely the: Management Board, Audit and Risk Committee, Awards Committee, Nominations Committee, Public Affairs and Consultations Committee, and the Research and Thought Leadership Committee.

I was chosen by the Council as its - and by extension your - leading ambassador when representing the IFoA, both externally and to the membership. During my year as president, I will help to steer Council as its chairman, but ultimately the decision-making power rests with the collective agreement of Council itself. It is important that all decisions are discussed, considered and agreed upon.

Naturally, when you have 30 or so highly intelligent individuals with an array of experiences, hailing from different regions with differing issues and priorities, there will be debate. For a body that represents our 26,000-plus membership around the world this is as it should be. However, choices have to be made in order that our profession can move forward - and that, I believe, requires vote-based decision-making and a majority rules approach.

You may agree or disagree with this point; the collective decision made by Council was to accept this, although on an individual level some do not.

The obvious question, after reading the above of course, is what represents a 'special circumstance' and this does indeed engender debate.

Fiona Morrison, your new president-elect, suggested that if a decision was collectively taken that she considered had a negative impact on the female membership of the IFoA (rest assured, this will not happen during my presidency), then as a matter of conscience she would not be able to support such a decision. An excellent example perhaps, but different people will draw the line in different places.

The key issue for Council, like any collective body, is that to be effective it cannot continually reconsider issues that have been decided, so once a decision is made it is necessary to move forward and support that decision. I will return, later during my presidency, to Council matters in this column because I believe it is important that members understand the issues that Council deals with, and the decisions that it makes on your behalf.

The challenges that we face as a profession require many views shared from a range of voices that should be heard and assessed, in order that we might move ahead and find solutions. Council are the elected representatives of your many voices, and they have a responsibility to act within the governance framework, and to fulfil the responsibilities that are set out for them.

As members, you have a responsibility to vote for your representatives, and to actively engage with them when you feel it is necessary to do so. I hope many more members in the future will step forward for election as Council members. Without the dedication of those that do, your profession could not move forward.

The minutes of previous meetings and member details are available online