Soapbox: A guide to freedom and choice? 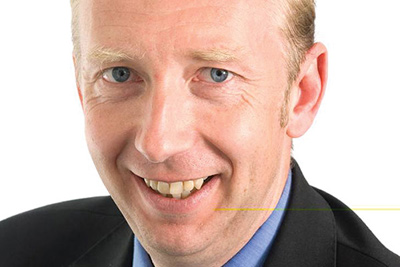 The announcement made by George Osborne in the 2014 UK Budget, introducing freedom and choice for retirement incomes from Defined Contribution (DC) pension funds, will lead to fundamental changes for individuals, employers and for the pensions industry.

In just five years, the UK retirement system will have been completely turned on its head. Until 2010 it was compulsory for every DC pension to be converted into an annuity by age 75. 2011 saw the removal of this compulsion. But in reality annuities remained the only option for the vast majority of people taking income from their DC pension savings, unless they had very small pots or could secure an income from other sources of £20,000 a year or more.

From April next year this is all expected to change again, particularly for this majority as they will, in theory, be free to take their money however they wish. It is certainly a very popular move with the public. But is it a good thing? As with many things, especially in the pensions world, there is not a simple answer.

Flexibility is not inherently a bad thing. Pensions Policy Institute research in recent years has highlighted how individual needs tend to fluctuate during retirement, suggesting that some flexibility in income and assets can help individuals cope with the changes they encounter as they age.

But the challenge for individuals now is twofold. What products will individuals need, and want, as alternatives to annuities? And how will they choose which is right for them?

This is why perhaps the most important aspect of the announcement made in the Budget was the belated recognition of the importance of people being helped to make decisions.

Be it 'advice' in the regulated sense or more generic 'guidance', people will need help. Ideally this should be much earlier than the point at which they have to rely on their pension fund for income to live on, and to cover much more than just how to use their fund. For example, it should also cover other assets and potential sources of income, such as housing wealth or working until older ages.

Once the new system is in place, there will undoubtedly continue to be debate about whether individuals are better off or worse off than before. But how can you determine a good outcome from a bad outcome?

And what is good or bad might be different depending on whether you look at it from the viewpoint of an individual or society. For example, consider the level of retirement income. If an individual decides to take their pension fund and place it on deposit, it is likely overall incomes will be lower. But if incomes are held in higher returning investments than annuities, income could increase (albeit with greater risk). Given the increasing length of retirement, holding at least some riskier assets for longer may not be such a bad idea.

Is retirement income the only consideration in determining whether outcomes are good or bad? Would the individual holding all their pension money in a building society be happier than someone with an annuity, even if their income was lower? I suspect the answer to these questions might vary significantly between individuals, with some valuing the security of an annuity but others enjoying the flexibility - at least while their income lasts.

So much will depend on what people actually do with the freedom and choice that they have. It seems possible that there will still be a future for annuities - perhaps just at older ages than they are currently purchased today. But a lot will depend on how the 'process' is designed, and what the effective default is.

Currently the default is purchasing an annuity with your current provider, which has proved to be very powerful.

Which brings us back to the guidance given to individuals - it really is the most important part of the puzzle.

Chris Curry is director of the Pensions Policy Institute

This article appeared in our June 2014 issue of The Actuary.
Click here to view this issue
Filed in
06
Topics
Modelling/software