Soapbox: A crossroads in care 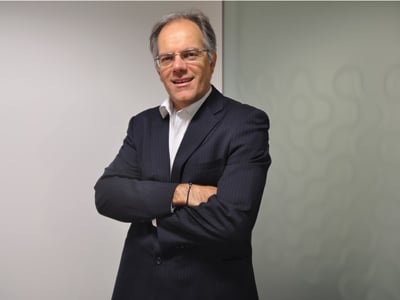 Last year on 11 February, the UK health secretary, Jeremy Hunt, announced that the recommendations of the Dilnot review into social care funding, which were published in the Fairer Care Funding Report on 4 July 2011, would be enacted in the Care Bill 2014. What followed was a unique collaboration between interested parties in the financial services industry and government. Guided by the Financial Services Steering Group, consisting of senior figures from both sides, a rapid review exercise was carried out to identify the potential for development of a private market to support the new capped-cost funding structure being introduced by the government in 2016.

In January, the partnership between the government and the financial services industry was cemented when a Statement of Intent on Social Care Funding was signed by Norman Lamb, the minister for care and support, and Otto Thoresen, the director general of the Association of British Insurers. This has drawn support from many of the largest life insurers to work alongside government to create the environment conducive to the development of a private long-term care market following the passing into law of the Care Bill 2014 in April.

The statement is the beginning

It is important to put the Statement of Intent into context. It is a forward-looking document.

It follows a rapid review last year that was not intended to be conclusive and which has identified areas for further research. The product ideas emerging from the rapid review (bit.ly/1gXVH2L) were the 'quick wins'. The proliferation of pensions' ideas set out bear testimony to the engagement of the pensions' community in this debate for the first time. However, there are other stakeholders, such as advisers, who could provide perspective and who may be closer to the needs of the public. This was evident in the poor response to Disability Linked Annuities (DLAs) by advisers and their clients in surveys by insurers during the rapid review. I would encourage more actuaries to become engaged in this next phase.

This is a personal view that is founded on the premise that future levels of pensions will be lower as defined contribution pension schemes have replaced the 'more generous' defined benefit arrangements. Equally, as people value immediate over deferred consumption, they will opt for level pension annuities if at all, which will have an impact on the utility of DLAs and any other products or mechanisms designed to provide insurance in advance of people needing care.

So people will call on their liquid savings, private and state pensions, welfare entitlements, the equity in their homes, the Universal Deferred Payment Scheme and their children's assets to purchase care either directly or via the protection of an Immediate Needs Annuity.

However this utopian world, where people save more and then decumulate their assets as necessary post-retirement, will not occur without the issue becoming a matter of national debate. The public at large need to be made aware that the state will only pay once they have reached the £72,000 threshold. Moreover, the tariff they pay may not correspond to that paid by the local authority, that they could conceivably pay more than the threshold for their care, that they will still be responsible for their food and accommodation, that the National Health Service will not be making a contribution and that without the necessary funding in place, their family may have to stop working to look after them. It is this awareness that has driven the emergence of private markets in Germany and Singapore to provide additional funding to plug gaps in state welfare provision.

The complicated rules around entitlement to benefits, the postcode lottery evident in the different practices and assessments for care by local authorities, and the means test require families to seek financial advice in order to make the correct decisions. This is evidenced in the fact that each year, of the 55,000 self-funders, only 7,000 receive financial advice and only 1,200 insurance policies are purchased.

The result of this inertia is an annual bill of £425m as self-funders turn to the local authority when their funds are exhausted. This is why the industry has lobbied for a requirement in the Care Bill 2014 for local authorities to signpost self-funders toward regulated financial advice.

The rules around the means test need to be changed to incentivise the public to do the right thing and set aside funds for their social care funding, whether it is via an insurance product or by earmarking a portion of their pension funds or other savings. Currently, the means test rules encourage people to spend down, or pass on their assets to their children, to benefit from state funding.

There is still a lot of work to do to bring about a functioning market and provide the public with the facilities they need to cater for their future care. But I am confident that a uniquely British solution will be found that may serve as an example to other nations.

This article appeared in our May 2014 issue of The Actuary.
Click here to view this issue
Filed in
05
Topics
Modelling/software