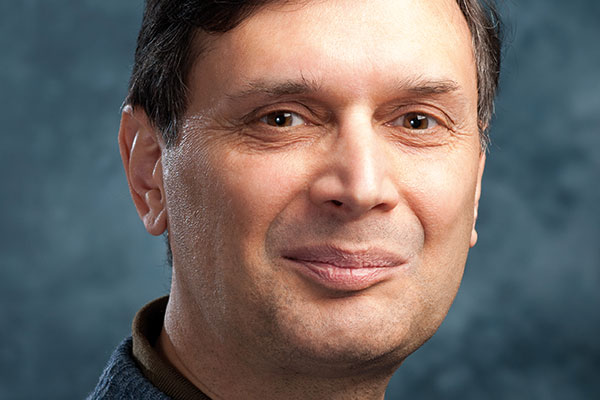 The business cycle is obviously just a political cycle. In a free market economy, there is no reason whatsoever for crises to happen every six or seven years, the length of a typical 1.5 term government. They cause a mess and then leave it for the next government to sort out - five years of boom and two years of bust; bust at the beginning of a term, boom at the end so as to get re-elected. No economist has noticed the connection, despite thousands of analyses of the causes of boom and bust.

Land of the free

In the USA, a free market with limited government prevailed until 1838, and in this period there was not much unemployment. This is illustrated in the diagram below.

There was one crisis year, 1820, in anticipation of James Monroe being elected fifth US president. After that, the economy picked up quickly as it does even today. From 1838 there were booms and busts, tragedy and so forth, as with any essentially 'socialist' (as opposed to pure free market) society. Under socialism, unemployment rates have more than doubled, and there are long 10-year spells of truly appalling tragedy for large proportions of the population. The reason for the doubling of unemployment rates in the USA compared with its free economy in the past is youth unemployment - youngsters churned out of socialist schools with no useful skills. 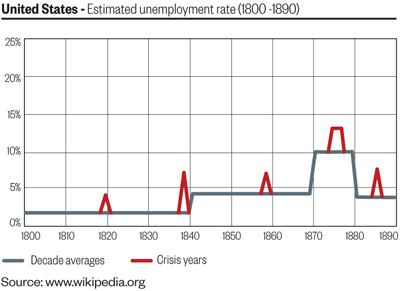 Consider the UK. Prior to 1900, there was a fledgling market economy. A monarch - another socialist institution of Western civilisation (having power in state hands is the best definition of socialism) - would decide they wanted to build up an army to fight some foreign war, and needed funds to do so. They borrowed the money and thereby inflated the money supply. He borrowed from rich people - socialists called knights and so forth who had state control over their own fiefdoms - who were just hoarding the money or gold otherwise. So, boom for typically 10 years. He spent the money and then did not have any to give back, and so beheaded his benefactors or some such thing. The money supply crashed. The army he recruited lost their jobs and were unemployed for typically two years, did not spend money anymore, and so the local economy went into deep recession. But, it was not as deep as economists would have you believe, because most people were tilling the land, for example, and did not participate much in the market economy.

The causes of the boom and bust have not changed. Some state authority (king or politician) decides that they want to spend money, either on wars or to buy votes from electors so that they will be re-elected. Spending means that people who are otherwise idle or not fully occupied enter the labour force, and there is for this reason also a boom in spending. Higher money supply translates into higher inflation rates one month later. Real interest rates decline and bond prices decline too. This leads to a flight of money out of the country. The money supply crashes on this account, and often the socialists lose their jobs because people do not like unemployment and inflation. So a new government comes in with an austerity package for two years in order to restore confidence, and then starts reflating again to buy votes or fight a war.

Up to recently, things have been good under socialism in the UK and USA, but unemployment rates are set to skyrocket in both socialist regimes. If you think the 1930s were bad, the indefinite period from the latter part of 2014 will be worse.

Other economists have posited a wide variety of causes of the business cycle. These include changes in interest rates, changes in house prices, changes in consumer and business confidence, a multiplier effect, an accelerator effect, a cycle in the purchases of luxury goods, a credit crunch effect, volatile stock markets, fluctuations in tax rates and spending, and exchange rates, to name a few, but these are unsatisfactory explanations. More focus should be given to understanding the business cycle for what it is - pure politics.

This article appeared in our April 2014 issue of The Actuary.
Click here to view this issue
Filed in
04
Topics
Modelling/software