Soapbox: A pain in the neck for motorists 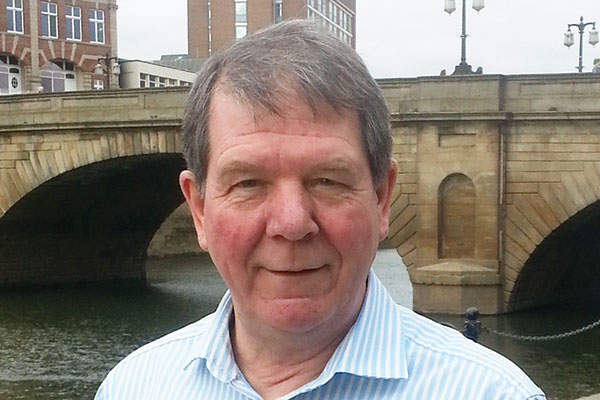 It's no secret that whiplash is a major problem in the UK. With claims now adding around £90 to motorists' insurance premiums, it really is an issue for all drivers.

Recent figures from The Association of British Insurers (ABI) reveal that whiplash claims cost UK insurers around £2.2 billion in 2011 and there are now approximately 1,500 whiplash claims in the UK every single day. These shock figures have led to the UK being dubbed the 'whiplash capital of the world' and, worryingly, the problem could get worse before it gets better.

The UK's compensation culture is spiralling out of control and this is largely because the current system is so easy to abuse. Unfortunately, solicitors are still partly responsible for the problem because even after they were banned from paying referral fees in April this year, many have quickly found other ways to easily get hold of details of accident victims and persuade them to make a claim. Lots are being tipped off by unscrupulous car-hire firms and body shop repairers. There are even reports that some personal injury firms are completely ignoring the ban policed by the Solicitors Regulation Authority and still paying referral fees for work.

Part of the problem with the current system is that any fraud can be difficult to detect so it's always going to be abused. First, whiplash is hard to diagnose accurately, so making sure that only genuine sufferers receive compensation is tricky. Second, unless there's a paper trail, it can be difficult to prove how a lawyer ended up with the details of someone who's had an accident, especially because many also run legitimate advertising campaigns to encourage victims to contact them.

More needs to be done, and although there is a lot of noise being made about making the medical evidence in whiplash claims more robust and increasing the small claims track limit, these changes are still some way off.

In the near future, it's likely that technology and telematics will play more of a role. These systems generally see a box wired into the dashboard of the vehicle that collects real-time information about driving habits such as speed, distance travelled, direction the vehicle is heading, the presence of objects in close proximity to the vehicle and any sudden stops, starts or swerves.

Earlier this year, the RAC revealed a new system that builds on current telematics technology. The 'RAC Advance' system sees a box fitted in its customers' cars that warns the organisation when a car could break down, rewards motorists who drive responsibly with discounted car insurance through organisation, and alerts rescue services if the car is involved in an accident.

Generally there are some hurdles to overcome with telematics, such as how many poor decisions a motorist can make before they are penalised and whether insurers will reveal the parameters they use to determine increases or discounts in premiums.

Plus, what happens if more than one driver uses the vehicle? Some insurers are looking at smartphone-based solutions that can monitor and record the data. This should overcome the problem, but comes with other disadvantages because the phone isn't in the vehicle all the time so won't always know when the vehicle is being driven, or if it's stolen. However, there are advantages too because a phone app eradicates the hassle and expense of having to install a telematics device in a vehicle.

The driver's insurance policy allowed him to drive between 5am and 11pm and his car was fitted with telematics technology to monitor when it was used, with any breaches of the curfew incurring a £100 penalty. As a result, insurers have to look again at their policies to ensure young drivers aren't being incentivised to speed.

Nevertheless, once these issues are addressed, there's no doubt this technology can play an important part in improving road safety and offer a solution to bogus whiplash claims by providing detailed information about accidents.

In addition, the data it holds could also prove to be a major source of income in the very near future for all types of firms. Only time will tell.

This article appeared in our October 2013 issue of The Actuary.
Click here to view this issue
Filed in
10
Topics
Modelling/software