Soapbox: What now for Solvency II? 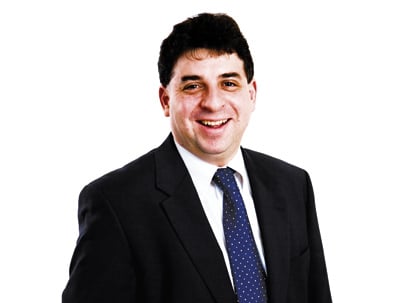 Solvency II looks like an object lesson in how not to implement a regulatory regime. But where did it all go wrong? One answer is in the complexity of the implementation. Looking back at the Solvency II directive, much of it is entirely reasonable but has been buried under an avalanche of consultation papers and

implementation measures so that many of the positive elements have been lost or diluted. This view is supported by a survey undertaken by Grant Thornton late last year, in which 99% of respondents agreed that the principles of Solvency II were good. However, 82% thought that those principles had been ruined by the implementation.

The other major problem is the continuing delays. It is hard to believe that, if the original timetable had been adhered to, Solvency II would have been in force since last autumn. As it is, the new regime is clearly not going to come into force until 1 January 2016 at the earliest, and many commentators think that 2017 or even 2018 are more likely dates.

The latest delays have resulted in many insurers putting their Solvency II preparations on hold. They are unlikely to re-engage until a robust and believable timetable is in place.

The delays have arisen because of the difficulty in reaching an agreement between the diverse members of the EU - all of which have different priorities. This has created particular challenges in agreeing Pillar 1, which specifies capital requirements under Solvency II.

One of the final sticking points relates to the treatment of long-term guarantees. The European Insurance and Occupational Pensions Authority (EIOPA) issued a report setting out its findings on this issue in June. However, the response has not been universally positive. In particular, the French and German insurance associations have significant reservations.

A key next step in the tortuous path to Solvency II is the draft Omnibus II directive. Until this is passed, none of the implementing measures that will tell insurers and regulators exactly how to implement Solvency II can be finalised. This means that no definitive timetable for the new regime can be put in place until Omnibus II is passed.

The vote on Omnibus II has been delayed numerous times and is now scheduled for 22 October 2013. Any further significant delay will seriously jeopardise the 1 January 2016 implementation date.

The rather unenthusiastic reception given to EIOPA's suggestions on long-term guarantees raises serious concerns as to how quickly a pan-European agreement on this issue will be reached. Indeed, some might argue that it raises the question as to whether agreement will ever be reached. Even if this fear is unfounded, the 22 October date for the vote and, therefore, the 1 January 2016 date for implementation, look to be under increasing pressure.

As we see it, there are three options if the Omnibus II vote is further delayed.

The first is to delay Solvency II yet again to allow more time for agreement to be reached. But how many times can you delay the regime without killing it altogether? There is already a small but growing minority of commentators who think that Solvency II may never happen and this view is likely to swell with lack of action. Could the next delay be the straw that breaks the camel's back?

The second option is to implement Pillars 2 and 3 - which deal with the governance and risk management and the reporting requirements - ahead of Pillar 1. Such an approach has its attractions since there is far less controversy over Pillars 2 and 3. However, Pillar 1 is the core of Solvency II. The original motivation was to ensure that capital requirements for insurers were consistent across Europe, and I would question the value of introducing Solvency II without this benefit.

The third option is to abandon Solvency II. As mentioned above, there is a growing minority who believe this will be the outcome. However, I tend to be more bullish and believe that some form of Solvency II will eventually be implemented. If for no other reason, it is hard to envisage EIOPA informing the industry, which has spent billions on preparations, that all their time, effort and money has been wasted.

Despite its flaws, there is a lot of good stuff in Solvency II that will result in European insurers being better run and better capitalised. It would be a great shame to lose that as a result of either over-zealous implementation or a stalemate between competing self interests in Europe.

Simon Sheaf is the general insurance actuarial practice leader at Grant Thornton UK LLP. He advises insurers on a range of issues, including Solvency II, capital modelling, reserving, pricing, and insurance business transfers under Part VII of the Financial Services and Markets Act 2000

This article appeared in our September 2013 issue of The Actuary.
Click here to view this issue
Filed in
09